The High School Football season kicked off this week with “Week 0” games. Week 0 was instituted in 2016 with the move to six classifications to give teams the opportunity to schedule an opponent of their own choosing. The biggest story of the week was Northgate ending their 32-game losing streak by beating Carlynton 22-6. Northgate’s streak stretched back to Week 4 of 2017 when they beat Sto-Rox, a year after reaching the WPIAL semifinals in 2016. The program fell on some hard times and hired Coach Fulmore in 2018. A huge congratulations to Coach Fulmore, the Northgate team, parents, and the communities of Bellevue and Avalon for starting their season off with a victory. Coach Fulmore was kind enough to join us as our special guest on this week’s edition of the WPIAL Blitz Show.

As mentioned during the show, here’s the video of the Northgate players celebrating their first win by ringing the bell:

You can follow Coach Fulmore on Twitter @michaelfulmore6. His son PJ Fulmore was a running back on the 2013 North Catholic team that won the first WPIAL and State Championship in school history for my alma mater. It was an epic run that included a WPIAL Championship victory over a heavily-favored Sto-Rox team that had been to the last two title games. In the State Championship, they went to overtime against Old Forge and PJ Fulmore scored both the tying touchdown as well as the title-winning 2-point conversion which produced this picture that will be forever engrained in my memory (and North Catholic lore): 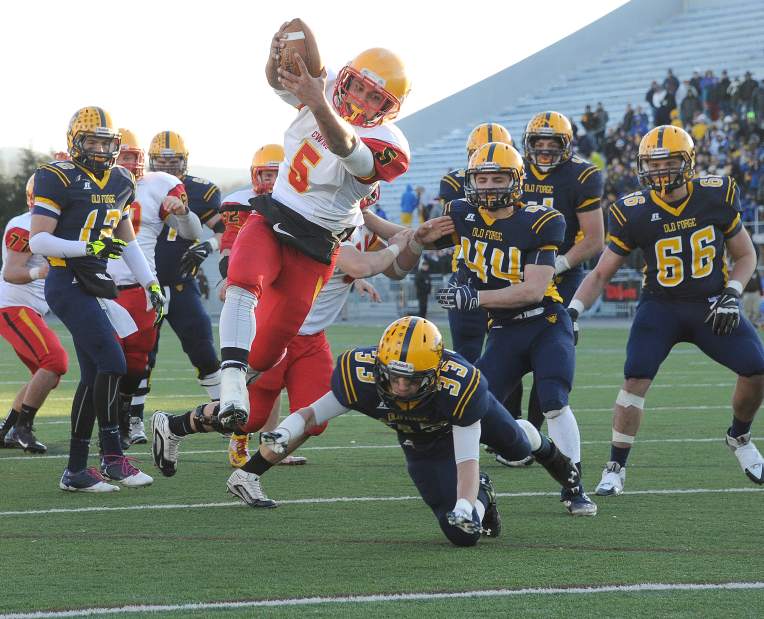 Brute Athletic Player of the Week:

Congratulations to our Brute Athletic Player of the Week, Rodney Gallagher of Laurel Highlands. Gallagher was 9 for 13 for 111 yards and 2 TDs through the air. He ran 6 times for 101 yards and 2 more touchdowns. On defense, he had 2 interceptions. Check out his highlights in the Mustangs’ Week 0 win over Fayette County foe Connellsville.

There were a lot of great candidates for Player of the Week this week, and it was certainly a hard decision. Part of our decision was the impact of Gallagher’s performance. Other players put up big numbers, but Gallagher’s over 200 yards of total offense and 4 total TDs helped deliver a truly historic victory for the Laurel Highlands program.

HISTORY MADE. First win in Laurel Highlands history over Connellsville! Congratulations to Coach Kolesar and the Mustangs on tonight’s 44-14 win! pic.twitter.com/TYOH0ZjZSq

Other top performers from this week included Beaver’s Wyatt Ringer and Leechburg’s Braylan Lovelace who were the only two players to top the 200-yard mark on the ground. Ringer ran for 220 yards and 2 TDs while Lovelace ran for 216 yards and 4 TDs. Greensburg Salem QB Haden Teska threw for over 300 yards in a losing effort against rival Hempfield. Last year’s leading passer, Armstrong’s Cadin Olsen, threw for 267 yards and 3 TDs in a win over Freeport.

Western PA vs Everyone was really against “Everyone”

Also discussed on the show was the “Bishop Sycamore” team that played Sto-Rox on Friday night and then played again against IMG Academy on Sunday in a nationally-televised game on ESPN. This sparked an investigation into the “school” (which I loosely use the term and include quotation marks because it certainly stretches the definition of a school).  Check out these this article from FootballScoop for some information on the shadiness of Bishop Sycamore. Also, check out this very good reporting from the folks at Awful Announcing on the Bishop Sycamore “program.” They did not provide ESPN a player roster, but supposedly some of the players were beyond high school age. Sto-Rox still looked good in the victory, even if it was against a team that might not really be an educational institution. 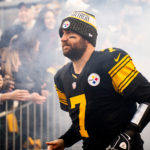