Will the Steelers Look to Get Bigger at Cornerback? 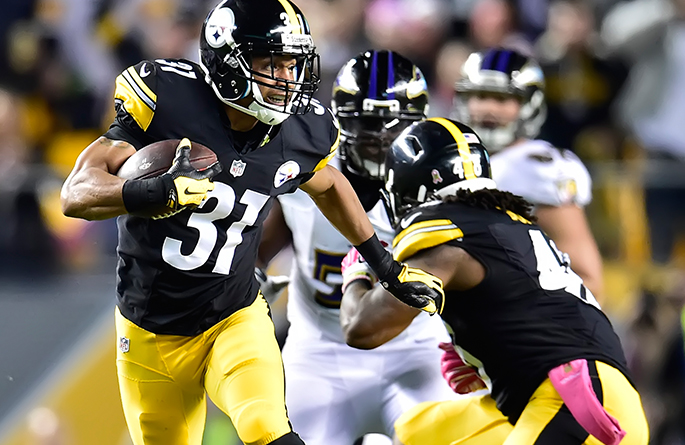 As you’re no doubt aware, the National Football League can often resemble a classroom of nine-year olds trying to see what the smart kid has for number six. This is why the NFL is often referred to as a “copycat” league and perhaps our Steelers are no different.

The assumption, and it’s often wrong, is that what carries one team to a championship will work for the other 31 teams. The most recent example is the defense of the Seattle Seahawks who used bigger than normal cornerbacks to get to back-to-back Super Bowls. The problem is that Richard Sherman doesn’t grow on trees and the front four of the Seahawks doesn’t either.

The Pittsburgh Steelers enter the free agency and draft prep period looking to replenish their questionable secondary. To say an upgrade at one corner is needed would be a significant understatement and with the other corner being free agent William Gay the Steelers could look very different in 2016.

In closing the books on the 2015 season Steelers’ Team President Art Rooney II was pretty clear in his expectation that the defensive backfield gets better. With that thought in mind, I believe he wants it to get bigger too especially on the outside. They’ve already taken a step in that direction by re-signing Ross Cockrell who at 6′ 0″ is the “skyscraper” of the Steelers’ current secondary. While Cockrell does some nice things I have to believe the Steelers would love him to be an extra boundary corner behind two legitimate starters. As they say though, we’ll see.

Antwon Blake is a hard worker and has gotten more out of himself than most of us expected but he’s not a good cornerback when it relates to coverage skills. Toss in the fact that he’s often on island because of the inconsistent pass rush and you’ve got a recipe for disaster. As we get closer to the NFL Combine and free agency it’s important you pay special attention to the people the Steelers bring in for interviews. This will give us a good indication of just where the mindset is.

You may have already seen Chris’ write up on Houston cornerback William Jackson III from earlier today and if you haven’t check it out here. Jackson is the perfect example of what fits the Steelers’ defense and he has the size at 6′ 1″ and 185 lbs that they could be looking for in 2016.

Personally, I’m not sure the Steelers are “all-in” on getting bigger but it wouldn’t surprise me. With receivers in the division and the league in general getting bigger and more physical the Steelers have to be able to match up. In a perfect world, Keith Butler’s defense would get constant pressure and the cornerbacks could play ‘off’ and “tackle the catch” in those third and long situations but this is far from a perfect world.

The Steelers have to have guys who can not only tackle in the open-field but they need players that can cover and have good ball skills. At this point I have to believe the Steelers would take that combination in a corner of any size and hey, if that means you’re a copycat then so be it! 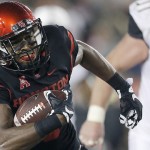