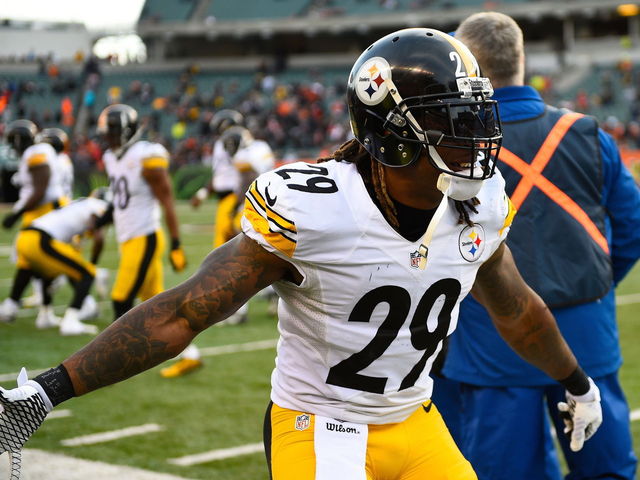 Perhaps the worst kept secret in Pittsburgh is that the Steelers are going to give third-year man Shamarko Thomas every opportunity to be the replacement to Troy Polamalu. Thomas has the utmost respect for the future Hall of Famer and has trained with him so he knows what it takes.

What happens if Thomas just can’t get the job done?

Let’s remember that he played less than five snaps on defense in 2014. What is it about Thomas that makes the Steelers and the fan base so confident that he’s the next strong safety?

Therein lies the problem. Yesterday, my fellow SCB writer Chris pondered whether the Steelers would look to add recently released Texans’ safety D.J. Swearinger. Mike Tomlin loved this kid coming out of South Carolina so the question Chris posed was a fair one.

I asked this same question to a source close to the Steelers and I was told flat-out that the Steelers will roll with Thomas. Obviously we all want Thomas to be successful. He’s a great young man with an amazing work ethic and he’s overcome significant odds to make it to where he is.

If Thomas isn’t working, the insurance policy is veteran Will Allen. Personally, I find Allen to be sufficient in a situation where he fills in for a game or two but I don’t feel confident at all should he be the full-time starter for 16 games.

Allen isn’t the only guy though. Keep an eye on both Allen Darby, a first-year player from Arizona State and Rob Golden who’s in his fourth season from Arizona. Golden is probably looking at his make or break season. As good as he’s been on special teams, sans penalties, he has to do more on defense to warrant keeping a roster spot for him.

As far as free safeties, Mike Mitchell will start there. If it’s true he played most of last season with groin issues then he must be given the benefit of the doubt with his poor play from 2014. I also see a scenario where if Thomas doesn’t work and another guy, say Gerod Holliman for example really steps up, then perhaps Mitchell moves to the strong safety spot.

The wild cards in the safety position are former CFL player Ian Wild, 2014 camp phenom Jordan Dangerfield and of course Ross Ventrone who makes a living as a special teams’ demon.

I have no doubts that the entire safety position will be dictated by whether Thomas can get the job done or not. Right now the Steelers are satisfied he can and we will take their word for it today. 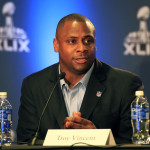 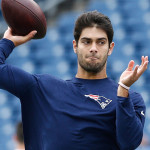 Jimmy Garoppolo Exactly the Type of Quarterback that Beats the Steelers