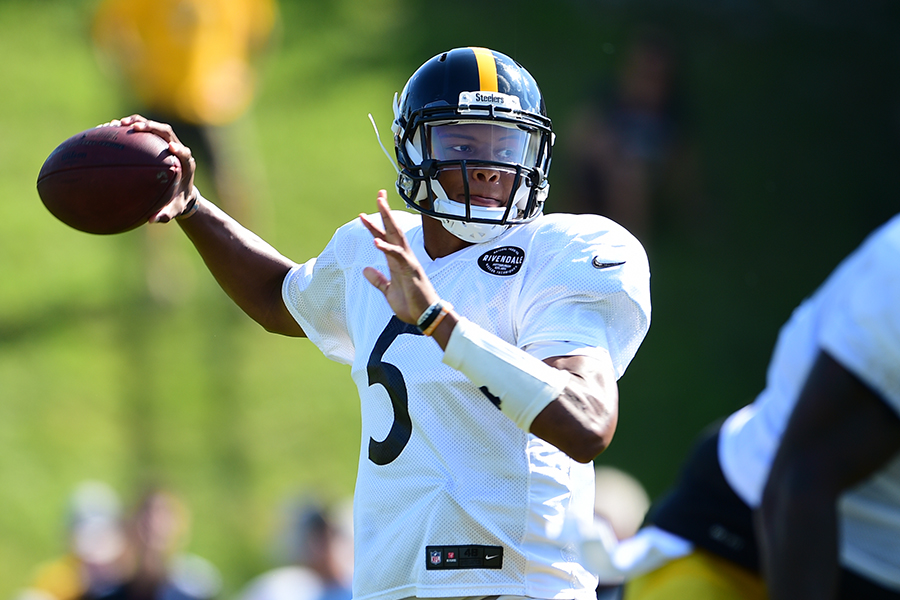 With Steelers’ quarterback Ben Roethlisberger planning to be in shorts and a t-shirt Friday night, Mike Tomlin has announced that Steelers’ rookie Josh Dobbs will get the start and then he’ll give way to Bart Houston. What should you expect from the former Tennessee Volunteer? Let’s examine.

The first thing Tomlin and Offensive Coordinator Todd Haley will want to see is command. In other words, does he have the type of control over the offense that a rookie QB should have at this early point in his career? Is he able to make checks? Does he know what everyone’s responsibility on any given play is? Dobbs is widely known to be a very intelligent young man and that’s something the coaches will want him to rely on. In other words, that’s where the evaluation process will begin.

Sticking to the Basics

From there, Haley and Quarterbacks’ Coach Randy Fichtner will pay close attention to his fundamentals. Is his footwork remaining sound? Is he moving from back to front on his throws? Is able to make those deep sideline throws that have been troublesome in the past? Can he keep his technique solid when the pressure is on?

One of the easier ways to see how he’s doing in this regard is to watch Dobbs’ head and eyes when the pressure is in his face. Does he stay focused and look down-field or is he looking at the rush?

Like most coordinators, I’d expect Haley to start with some simple reads to one part of the field. This would allow him to complete a few passes, build some confidence and go from there. If that doesn’t happen, then keep an eye on how Dobbs gets himself on track.

Dobbs doesn’t have to worry about whether or not he’s going to make this roster. Barring an injury, that is pretty much a given. But he still needs show the type of growth that’s expected.

I still believe Jones is the number two quarterback unless he can’t recover from his current abdominal problem. That’s what makes Dobbs’ play so important in the preseason. He doesn’t have to be perfect; he just needs to show he can handle the job menatally and physically.

That starts on Friday night against the Giants.