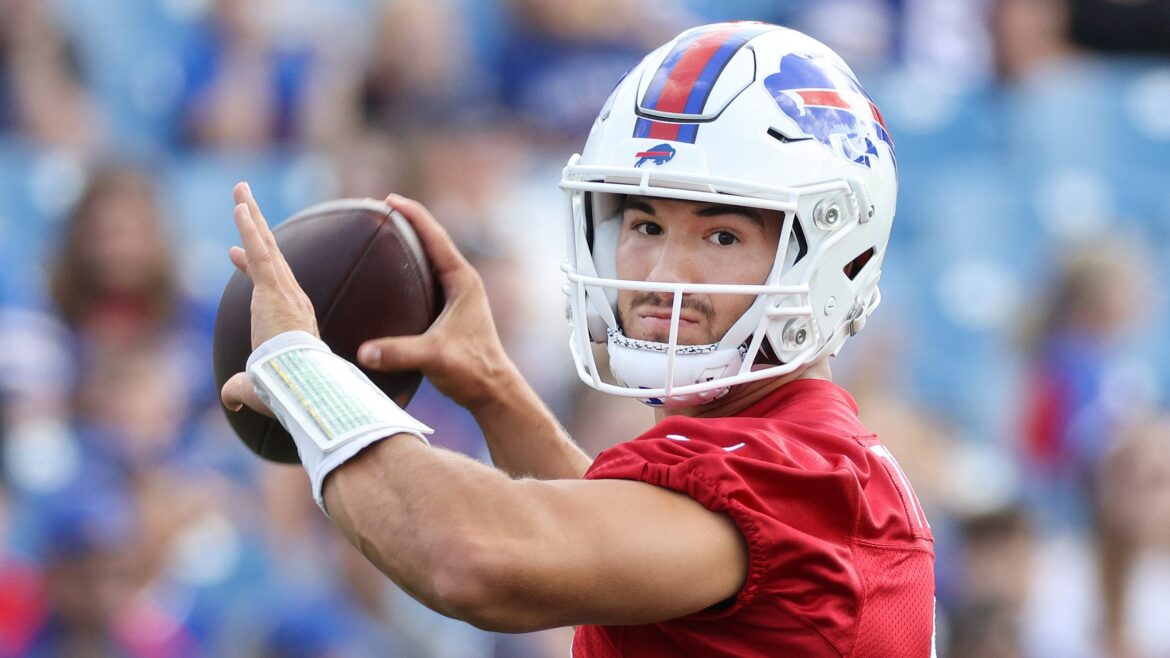 Today was supposed to begin the two-day ‘legal tampering’ period for the National Football League. The idea was to allow teams to just have discussions with players about signing with them. When it was reported that the Pittsburgh Steelers had come to terms with Mitch Trubisky, not even the NFL itself decided to wait for the ‘tampering’ period to be over.

Putting him in a Steelers’ jersey before the free agent period actually starts? Who is the NFL kidding? More importantly however is what this signing means for the team and for Mason Rudolph.

It means they get a guy who has been to two Pro Bowls and the postseason twice. He has a career record of 29-21 which is far better than anyone else currently on the Steelers’ roster. Trubisky immediately gives the Steelers mobility at the quarterback position. The former first round selection of the Chicago Bears, Trubisky should be used on designed roll-outs and bootlegs. This would compliment Matt Canada’s penchant for jet motion and misdirection.

Quarterbacks Coach Mike Sullivan will no doubt start work with the form North Carolina product on throwing while going left, something that has hindered Trubisky throughout his pro career. If the team can add more experience and protection on the offensive line, then combined with Najee Harris, Trubisky could have a decent opportunity in the Steel City.

It means he’s back to being second fiddle. Despite the Steelers having him graded as a first round talent, they didn’t take him until the third round. That’s advantage Trubisky right there. The mobility advantage also goes against Rudolph as well as does the overall experience factor.

This is not to suggest that Mason Rudolph won’t have an opportunity to be the starter. He knows the offense way better and knows the majority of the personnel way better too. Rudy has acquitted himself decently for a guy thrown into the fire way too early in most cases. He’s 5-4-1 all-time as a starter as a starter and has 16 career TD passes against 11 interceptions. The problem is that there just haven’t been those ‘wow’ moments where he makes you believe he can win you a game.

Kevin Colbert, Mike Tomlin and the Steelers will paint this as an open competition for the QB job. It’s not that they aren’t telling the truth because there will no doubt be a competition but in my mind, Trubisky is the guy they want to see starting here come August.