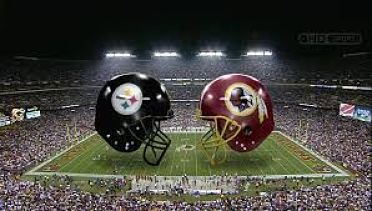 Lots of Steelers fans checked this NFC East game off as a win when the schedule came out. I don’t see it that way.

“But Ben, Washington could not beat a team with a winning record last year.”
True, but….

Washington was 6-2 at home last year, including being undefeated in home games where their defense allowed more than 21 points, they also did not turn the ball over much at home (7 at home vs 15 on the road).

Washington has an explosive passing offense with Jackson, Garcon and Crowder. That last point is important considering how shallow the Steelers are in the defensive backfield. Pittsburgh just added a corner from Cleveland that no one even wanted to talk to and installed him as a #2 CB on day one.

Yes, the Steelers have a real challenge to open the season.

I’m predicting that tomorrow Steelers Nation will be calling for Tomlin’s head, overreacting, just like we always do, despite the fact that none of these things are his really fault:

He does carry some of the burden for the D backfield. But, not all. None for Bell and Bryant, IMO, and none for the injuries. This is the safest I have ever seen him play it with his guys in the preseason.

At the outset of the week, Tomlin listed the following people as having injuries which are being considered day-to-day: Cameron Heyward (ankle), Roosevelt Nix (back), Shamarko Thomas (groin), Daniel McCullers (knee), Cody Wallace (knee), Markus Wheaton (shoulder), Anthony Chickillo (ankle), Javon Hargrave (knee). I thought to myself, “Can we please catch a break from the injury bug?” Depth could definitely play a role tonight.

I think the game comes down to how well the Steelers run the ball, control the clock to keep the PIT defense off the field and prevent turnovers. I also think that it will be close. Yes, we need Mike Tomlin and Todd Haley to play Marty-ball, like Coach Cowher did before them.

I think the defense will get some pressure tonight. I don’t know how much, but some. They were creative last season in getting pressure and I expect more of the same.
Trouble is, they left their DBs isolated when they did that, resulting in big gains given up in a lot of instances. I expect that for a while too. The emphasis on 1 gapping along the defensive line during the preseason and the drafting of Hargrave, in particular, leads me to believe the Steelers will utilize more 4 man rushes this season.

I do not think Eli Rogers is anything special. Of course I hope that he proves me wrong but, as Mike Walsh has pointed out, Chris Rainey and Dri Archer looked good in preseason action too. I think Rogers will have a lot of catches this year, but that Coates will have more yards on just over 1/2 the catch total.
Jesse James is a bit of a riddle, but I think he’s just an upgraded version of Spaeth. Again, nothing special.
All of this has me a bit concerned about the receiving corps the Steelers will field tonight. Why you ask? The 2015 regular season reception totals for every WR or TE not named Antonio Brown: 31 catches on 52 targets.

Let me preface this next point by saying that the Steelers’ D will come together this year, but it won’t start out hot.

The Steelers only have 3 CBs that are field ready today and one of them is Artie Burns, who’s only “ready” because he’s healthy. That is to say that he’s more ready than the other available options.
Sean Davis is not a CB and will be playing out of position. I don’t want to be overly critical of his change of direction skills because I haven’t been able to watch any All-22, but what I’ve seen so far has not been pretty.
As for Burns, he showed up raw and hasn’t played enough in camp to improve much. He’s not prepared to play. But he is more ready than Justin Gilbert and Senquez Golson.

The defensive backfield will eventually gel, but it won’t be this week.

The good news? Washington was really bad at defending the run last year and the only ways they improved was by signing Ziggy Hood and Junior Galette. Galette tore his Achilles and Hood stinks. Hood will start, incidentally. This goes back to my point about running the ball, protecting it and controlling the clock.

Prediction: Steelers 27 Washington 24 and Steelers Nation screaming out a collective, “Tomlin didn’t have the team prepared to play!”, which is probably going to be a more than a little bit misplaced criticism.

Week One Is No Gimme For The Steelers was last modified: September 12th, 2016 by Ben Anderson 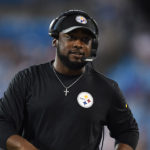