Monday is not normally a day we enjoy but today is no ordinary Monday now is it? The Steelers open the season tonight in Washington and if you’re like me, you. Can. Not. Wait.

The Steelers will look to pull even in the AFC North with both Baltimore (who beat Buffalo 13-7) and Cincinnati (who defeated the NY Jets 23-22). The other division rival, Cleveland, lost in Philadelphia 29-10. So if you’re already keeping score at home…

With Markus Wheaton out, someone needs to step up in the receiving corps tonight. Antonio Brown’s match-up with Josh Norman is much talked about but I really think Brown will get the better of him. Still, Ben Roethlisberger will have to throw to some other guys from time to time. Is this where Eli Rogers shines? Does the veteran Darrius Heyward-Bey make plays like he did when replaced Martavis Bryant last season? Or is Sammie Coates opportunity to grab? One way or another, someone has to step up.

The match-up that concerns me the most when the Steelers are on defense is Lawrence Timmons on tight end Jordan Reed. If I’m the Redskins, I’m going play-action on first and second down when Timmons is most likely to be on the field. Timmons has been a fantastic Steeler and a great linebacker but his coverage skills have lacked more and more in recent years. Depending on how many receivers the Redskins go with on any given play, that could dictate who is on Reed. The preference of Keith Butler has to be to have Ryan Shazier or Sean Davis on him so let’s see how this develops.

Don’t forget to get your entry in by 510pm ET tonight for #nailthenumber! Make sure you tweet using that hashtag and to @CraigScott31 and @SCBlitz. This weeks two things you need to nail?

Observations from around the league… Dez Bryant had one catch? That won’t go over well with him… It appears PATs were a problem for a few kickers… Can we please talk about players who are doing things other than kneeling during the National Anthem?… Love the call by Oakland’s Jack Del Rio to go for the win in New Orleans. Had they not gotten it the second guessing would have been immense, but I like the aggressiveness.

If you don’t want to listen to Sean McDonaugh and Jon Gruden then listen to Matt and I call the game on rabble.tv. We have a great time and you can interact with us.

Have a great day and enjoy the game tonight Steeler Nation! 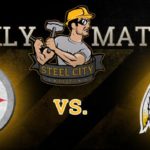 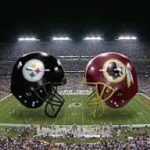 Polamalu, Steelers Have a Complicated Relationship as...