Jordan Howard – The Packers are 25th in the NFL in fantasy football against running backs. Howard should have a really good day. Plug him in your lineups.

Tarik Cohen – Even though Howard is the workhorse back, Cohen still gets carries and a ton of targets. For PPR he is almost a must start, in standard, he is a great flex option.

Aaron Rodgers – Rodgers should have a really good day against a below average Bears defense. My only worry is that the Packers blow out the Bears and they run the clock out. Rodgers is still a must start.

Ty Montgomery – Montgomery is more of a RB2/steady flex option this week, but should get the goal line carries and the bulk of touches out the backfield. As mentioned above, should the Packers blow out the Bears, Montgomery is who will benefit most.

Jordy Nelson – Rodgers’ favorite target and one of the most consistent pass catchers in fantasy football. Nelson is a must start.

Davante Adams – With most of the attention on Nelson, Adams should have a pretty good game. He should be your WR2.

Randall Cobb – Cobb has been reliable when healthy thus far. If he starts, play him. He should be a WR3 (WR2 in deeper leagues)/Flex option.

Mike Glennon – He has nobody to throw to. I would not start him, or own him for that matter.

Zach Miller – The Packers are 1st in the NFL against tight ends. They are averaging just ONE point against Green Bay.

Both tight ends (Martellus Bennett and Lance Kendricks) – Both have been underwhelming and are only touchdown-valued.

Deonte Thompson – In deeper leagues, Thompson is the WR to own in Chicago, if there had to be one. He had a good day two weeks ago in Tampa Bay.

Packers D/ST – Any defense against the Bears can be streamed, but be careful of the Bears’ running backs taking over. 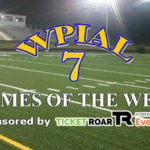