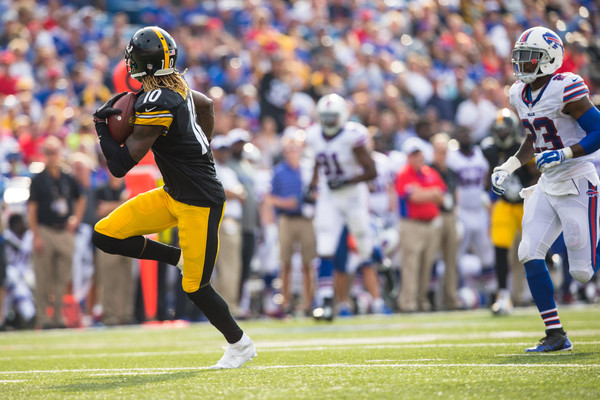 You may have noticed that following the Pittsburgh Steelers’ loss to Buffalo yesterday that neither Mike Tomlin nor Martavis Bryant would comment on Bryant’s pending suspension. There has to be a reason for that doesn’t there?

More than likely, the silence was due to the fact that Bryant is appealing the four-game suspension and based upon what I’m hearing he may have a strong case. The other reason Bryant wouldn’t discuss the issue following his excellent performance was that he’s reportedly pretty pissed off.

He’s upset because so many journalists have jumped on the “he’s failed four drug tests” bandwagon. For that I don’t blame him and I apologize because I don’t think I had it all correct either.

Let’s do some math here… Bryant has been in the NFL for 16 months. Players are currently tested randomly once per year. At most, he could have only failed two tests. Now here’s where I have to do my brief Public Service Announcement if you will…

If that is indeed the case, then Bryant deserves all of the criticism that has come his way in the last couple of days. Two failed drug tests in 16 months? What in the hell is this guy thinking? I’m all for the legalization of marijuana but rules are still rules.

OK, back to the regularly scheduled article…

Many across the journalistic spectrum have based their “four failed tests” theory on not only his NFL tests but his college tests as well. I did this as well and should not have.

Here’s an excerpt from a similar situation regarding Denver’s Shane Ray who tested positive at the Combine.

The NFL Network, using pre-draft information obtained by five teams, is reporting that Ray tested positive for marijuana use during his early playing days at Missouri.

Doctors who assess whether a player is put into the NFL’s drug program are allowed to go back and look at testing for two college seasons. It is unclear whether that occurred in Ray’s case or when he might have tested positive at Missouri.

What this asserts is that a player’s collegiate transgressions may be held against him. This is where many of us are in the dark with Bryant. He was disciplined for a throat-slashing gesture but I haven’t found any concrete evidence that he was suspended for drug use. That said, in talking to Clemson folks, many said it wasn’t a secret who was using and who wasn’t but I won’t go any further than that.

Where the whole situation gets really sticky is this excerpt from USA Today.

In Stage Two, players will be subject to unannounced testing up to 10 times a month and marijuana is separated into its own discipline structure.

So the question then becomes, was Bryant subject to these “unannounced tests up to 10 times per month?”

We aren’t going to know a whole lot until the appeal is heard and a decision is made but Bryant wants to make it clear that he has not failed four drug tests. Frankly, I don’t care what the number is. I’m more concerned with the fact that Bryant has put himself and his team in this situation.

Trying to Make Some Sense of the Bryant Suspension was last modified: August 30th, 2015 by steeldad
#steelersMartavis BryantMike TomlinPittsburgh Steelers 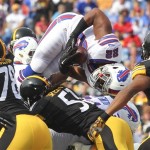