The Steelers and Two-Point Conversions; Why the Massive Drop-Off? 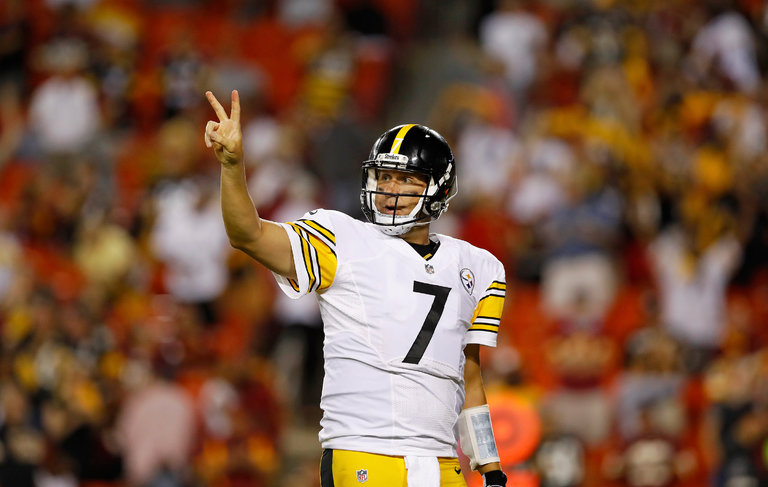 Based upon the Pittsburgh Steelers’ results in both 2015 and 2016, the “question” isn’t going to go away anytime soon and the debate about Mike Tomlin’s use of it isn’t either.

The first two times the Steelers went for two in the 2016 season, they were successful with passes from Ben Roethlisberger to Markus Wheaton (vs KC) and then Le’Veon Bell (vs MIA). The Steelers would then go for two four times in the home loss to Dallas and would fail on each attempt. All four attempts were passes and each time the Steelers held a lead at the time.

Mike Tomlin would go for two on just three more occasions the rest of the season. One was successful in Cleveland and then the final two failed at Indianapolis and Cincinnati respectively. To summarize, that’s three for nine and not one time did the Steelers run the ball with arguably the best running back in the league at their disposal.

Note: The Steelers did go 1 for 1 in two point conversions in the postseason. Ben Roethlisberger hit DeAngelo Williams in the AFC Title Game.

The Steelers saw great success two seasons ago despite not running for two points on even a single occasion. They were successful eight times in 11 tries including two successful attempts against San Francisco in week two. They would again go for two twice in one game at Seattle where both attempts failed.

Note: Pittsburgh went for two one time in the 2015 postseason. They were unsuccessful on a pass against the Bengals in the AFC Wild-Card Game.

The last two seasons have seen dramatically different results despite two things. The Steelers overwhelmingly went for two with the lead and they never once ran the ball. There is a decent chance that teams decided in 2016 to just sell out on the pass thereby increasing their chances of stopping the Steelers.

That could explain the significant drop in success. Of course it could also be just flat-out poor execution too.

Last season, the Steelers for all intents and purposes gave away the Dallas game because they went for two early, failed and then chased points for the remainder of the game. That’s the risk you run when you’re going to go for two as often as the Steelers have. They have led the league in attempts the last two seasons.

If Tomlin and the Steelers are going to continue the aggressiveness with regards to the two-point conversion then how do they find the success from 2015? Personally, I think you have to get Le’Veon Bell involved in the running game or at least use play-action to give the impression.

With the amount of offensive talent the Steelers expect to have this coming season I see no reason why Tomlin will divert from his recent approach. That will put more pressure on Todd Haley and in turn his offense to execute properly.

They’ve proven they could do it and now need to once again.