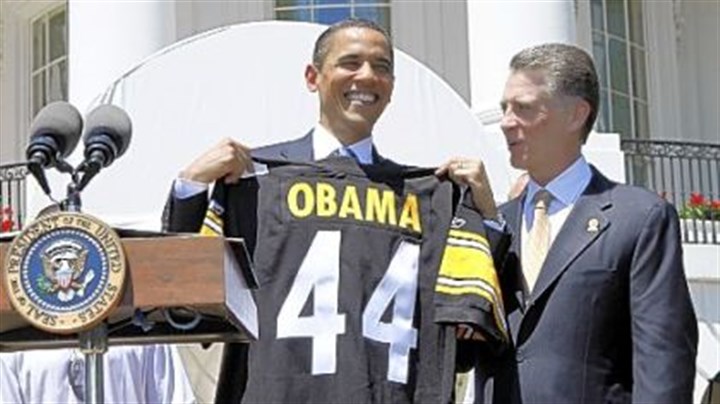 In case you’ve been stuck in a time machine or under a rock, there will be a presidential election next week. Being the scholar of the political spectrum, I figured it was time to go back and look at the success of the Pittsburgh Steelers during the same year presidential elections are being held. Let’s just say there’s a little bit of good news and a whole lot of bad news.

For this comparison, I went back to the year 1972. That of course was the “Immaculate Reception” year and the beginning of the end for Richard Nixon as well.

Over those 11 elections, the Steelers recorded one Super Bowl victory, lost in the AFC Championship Game four times, lost in the Divisional Playoffs twice and missed the playoffs altogether four times.

To take things a bit further in elections years, the Steelers finished those seasons with an average of 9.9 wins and 5.7 losses. Keep in mind that 1972 and 1976 the NFL was still playing a 14-game schedule rather than the 16-game schedule we know today. If you’re interested in success in terms of republicans vs democrats…

So if you’re looking for a way to vote that would spell success for your Steelers, there’s really no clear answer. When you consider that the only time they won a Super Bowl during an election year season it was under a Democratic winner, then maybe that makes you think Hillary Clinton should be your choice.

Then again, these are just numbers right?

[…] Check out my very unique article on the Steelers’ Success during Presidential Election years. […]