Steelers’ Head Coach Mike Tomlin is back with his weekly press conference after a one week hiatus. The major point of discussion will no doubt be the health of players like Ben Roethlisberger, Cam Heyward and Marcus Gilbert. Check it out live on ROOT Sports or at steelers.com live at Noon Eastern.

All three practiced on Monday in one capacity or another. Clearly the biggest situation here is Roethlisberger. The Steelers’ track record against Baltimore without Big Ben is not good. They really need him to go and from what we are hearing he wants to but will he be cleared to go? Stay tuned.

Kudos to Steelers’ right tackle Marcus Gilbert who basically told Cam Newton to “shut up” over his constant whining that “he doesn’t feel safe on the football field.” Gilbert noted that Ben Roethlisberger has been dealing with that for years. Well done sir!!

I laid out the struggles of Mike Tomlin against the Ravens yesterday. Check it out right here.

I tweeted out a thought on all of the “Brady for MVP” chatter yesterday and I want to clarify. I said, “Ben is out one game = No longer in MVP consideration.” “Brady suspended four games = He’s the MVP.” Several people commented saying that Brady’s numbers were already superior to Big Ben’s especially on the road. You will get no argument from me on that. My point was to simply illustrate the bias that exists for Brady who could commit murder and still be an MVP candidate.

Tweet of the Day… DWill taking up for Big Ben too.

?hey roger after you leave Carolina stop in Pittsburgh I want to talk about protecting Big Ben too ??thanks in advance????

Cnic threw together a “way too early look at the draft” yesterday.” Check it out.

I’ll have an article coming today about five Steelers who need to step up their games in the second half of the season.

The trade executed by Cleveland and New England was odd for both teams. Well, kind of… New England stayed with a tradition of not over-paying players. Jamie Collins wanted “Von Miller” type money and the Pats weren’t going to pay that. They will gladly take the third-round comp pick in return. For Cleveland, they get an outstanding defender, but he becomes a free agent after the season. What are the chances he chooses to re-sign with the Browns? I would think quite slim.

If you’re wondering about whether the Steelers will make any last minute trades today, don’t bet on it. I’m told they have made calls and are answering calls as well but I don’t see them doing anything.

Have an outstanding Tuesday Steeler Nation! 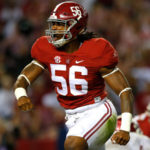 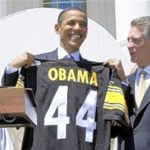