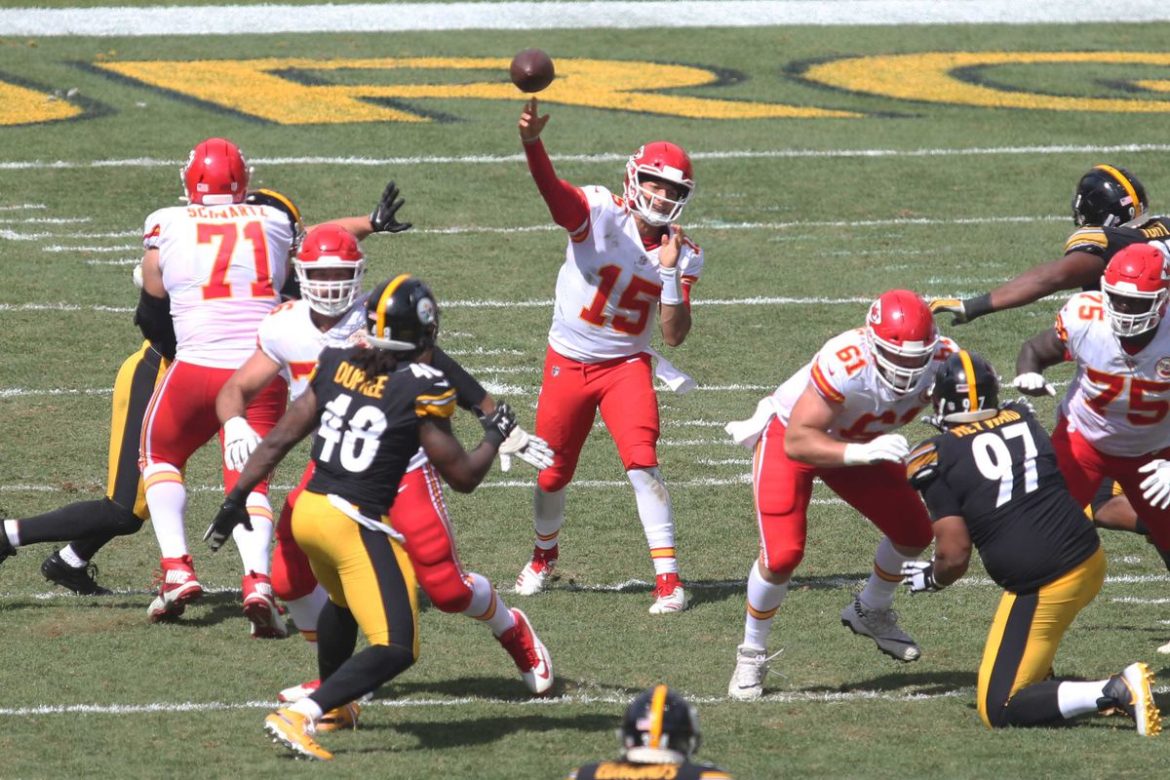 The Steelers finished the first quarter of the season with a dismal 1-2-1 record. A lackadaisical second half against Baltimore left the Steelers in last place in the division and in 12th place overall in the AFC. There is a lot of ground to make up over the next 13 weeks if the Steelers want to make the postseason for the 5th straight season. In 2017, the Steelers seemed to rediscover their defensive identity, finishing in the Top 10 in the league in Total Defense, Pass Defense, Run Defense, Scoring Defense, and Sacks. Unfortunately, since Ryan Shazier’s injury the team has not been the same. Despite signing two free agents to be defensive starters and using a first round draft pick on a safety, the Steelers defense has continued to struggle in 2018. In fact, their struggles through four games are so dire they are on an historically awful pace.

It is also worth noting that the 2018 Steelers have not allowed a defensive or special teams touchdown. The 1969 Steelers gave up 5 non-offensive touchdowns and the 1988 Steelers gave up 4 non-offensive touchdowns, which padded the total of “points against.” The 2018 Steelers are currently on a worse pace than both of those historically bad teams. If the current trend holds, the Steelers will obliterate their record of 421 points allowed by giving up 464 points. Since 1940, 40 teams in NFL history have allowed more than 450 points in a season. The 2000 St. Louis Rams are the only one of those 40 teams to finish with a winning record.

The past few seasons, the Steelers have relied on a “bend but don’t break” defense. This has meant that they have surrendered a lot of yards between the 20s, but were able to tighten up and get stops in the red zone. In the last five years, the Steelers have had four of their seven highest yardage totals allowed in franchise history. The team record was set in 2015 when they allowed 5809 yards. They allowed over 5000 yards in the 2013, 2014, and 2016 seasons, something that has happened just 10 times in team history. Part of this recent explosion of yards allowed follows a league-wide trend as rules changes have significantly benefited the proliferation of the passing game.

A Problem With Volume

Through four games, the 2018 Steelers are on pace to allow more yards and more points than any other team in franchise history. The biggest reason for this is simply the amount of plays the Steelers are asking their players to defend. So far this season, the Steelers defense has been on the field for 56 drives and 286 plays. The 56 drives (14 drives per game) are the second-most in the league behind only the Browns. The 286 plays (71.5 plays per game) is the 6th highest in the league. From a percentage standpoint, the Steelers are right around the league average for scoring drives and turnovers per drive. However, the sheer volume of drives and plays they have had to defend has created the inflated numbers of points and yards against.

All told, the 2018 Steelers are on an historically bad pace. They have been on the field for more snaps per game than any previous Steelers team and are allowing nearly the most yards per play in modern franchise history. From a percentages standpoint, they are getting sacks, forcing turnovers and giving up points at about a league-average rate. Even their third-down defense has been around the league-average mark for success. The biggest issue right now is with defense on the early downs. The Steelers have faced 56 drives and only forced 49 third down attempts. They are one of just 4 teams in the league to have faced fewer third down attempts than drives (Tampa, Cleveland, and Minnesota are the others). One factor in this is penalties – the Steelers have committed 19 defensive penalties, 14 of which have given their opponents first downs. Both of those are the highest marks in the league. In total, the Steelers have given up 98 first downs, an average of 24.5 first downs per game. The high water mark in franchise history came in 2015 when the Steelers gave up 327 first downs, an average of 20.4 first downs per game.

The Steelers defense has been so bad on first and second downs that oftentimes (as we saw against Kansas City) they are not even getting to third down to give themselves a chance to get off the field. Poor early down defense has led to a record pace for first downs allowed and number of plays. This is not a defense built to play a high number of snaps in a game. Some onus here does fall on the offense to control the ball and be able to take time off the clock to keep the defense off the field. If the current pace keeps up for the rest of the season, the 2018 defense will go down as the worst unit in the storied history of the Steelers franchise.

The Historically Bad Pace of the Steelers Defense was last modified: October 1st, 2018 by Ian

Grading the Steelers Through the First Quarter of the Season

It’s Time for Matthew Thomas to Get a Shot

KC was not the most points given up in a home game. Jaguars had 45 a year ago.