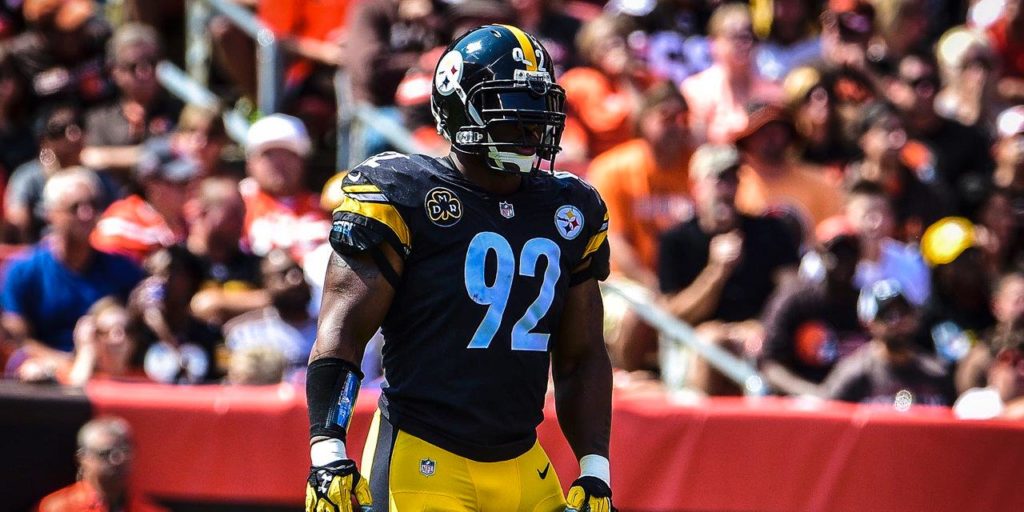 When the Pittsburgh Steelers drafted outside linebacker T.J. Watt in the first round of the 2017 NFL Draft, there was little doubt that the Wisconsin product would learn and play behind James Harrison. While there was certainly a chance the high-motor youngster could get plenty of playing time, I’m pretty confident most didn’t see Harrison playing just four snaps through two games. So what gives?

The writing seemed to be on the wall when Watt was announced as the starter for opening day but still, if anyone expected Harrison to just get four snaps in the opener they’d be lying. OK, so Watt had a big-time performance against the Cleveland Browns with two sacks and an interception. But four snaps on D? Seriously?

The game in Cleveland was just the tip of the iceberg though.

With Watt out of the game in the first half due to a groin injury common sense dictated Harrison would finally get some reps. He was after all listed as the back-up behind Watt so in came Deebo right? Ah, not exactly. Since Bud Dupree was back, Anthony Chickillo was available to fill in for Watt. Harrison would not play even a single snap on Sunday.

Several reports stated that Harrison was in no mood to hang around and celebrate the victory in the home opener. Within ten minutes of returning to the locker room, he changed into his civilian clothes and was out the door. I believe what we have here is a possible failure to communicate.

If Mike Tomlin and Keith Butler are planning to keep Harrison on the pine so that he stays fresh for the late season push then apparently he didn’t get the message. You don’t storm out of the locker room after getting zero snaps if you’ve been told you were going to be played sparingly in the early season.

The flip side of course is that Tomlin and Butler have decided that Chickillo has improved enough to the point where he can be just as effective as Harrison. Even Arthur Moats who hardly saw the field at the end of last year has seen six snaps this season.

So where does this leave Harrison?

For now, I would hope the Steelers (meaning Tomlin) would have enough respect for number 92 to make sure he understands exactly what his role is on this team. My gut feeling is that it has been discussed but in some way it has been lost in translation.

There is a certain love that Steelers’ fans have for Harrison because of his history with the team and his unbelievable workout videos at the age of 39. These fans certainly can’t argue with what they’ve seen from Watt so far but that doesn’t mean they aren’t curious about just why Harrison isn’t playing.

Tomlin would be the first to tell you the fans aren’t owed an explanation for what he does but perhaps James Harrison deserves one. I think he’s earned that much.