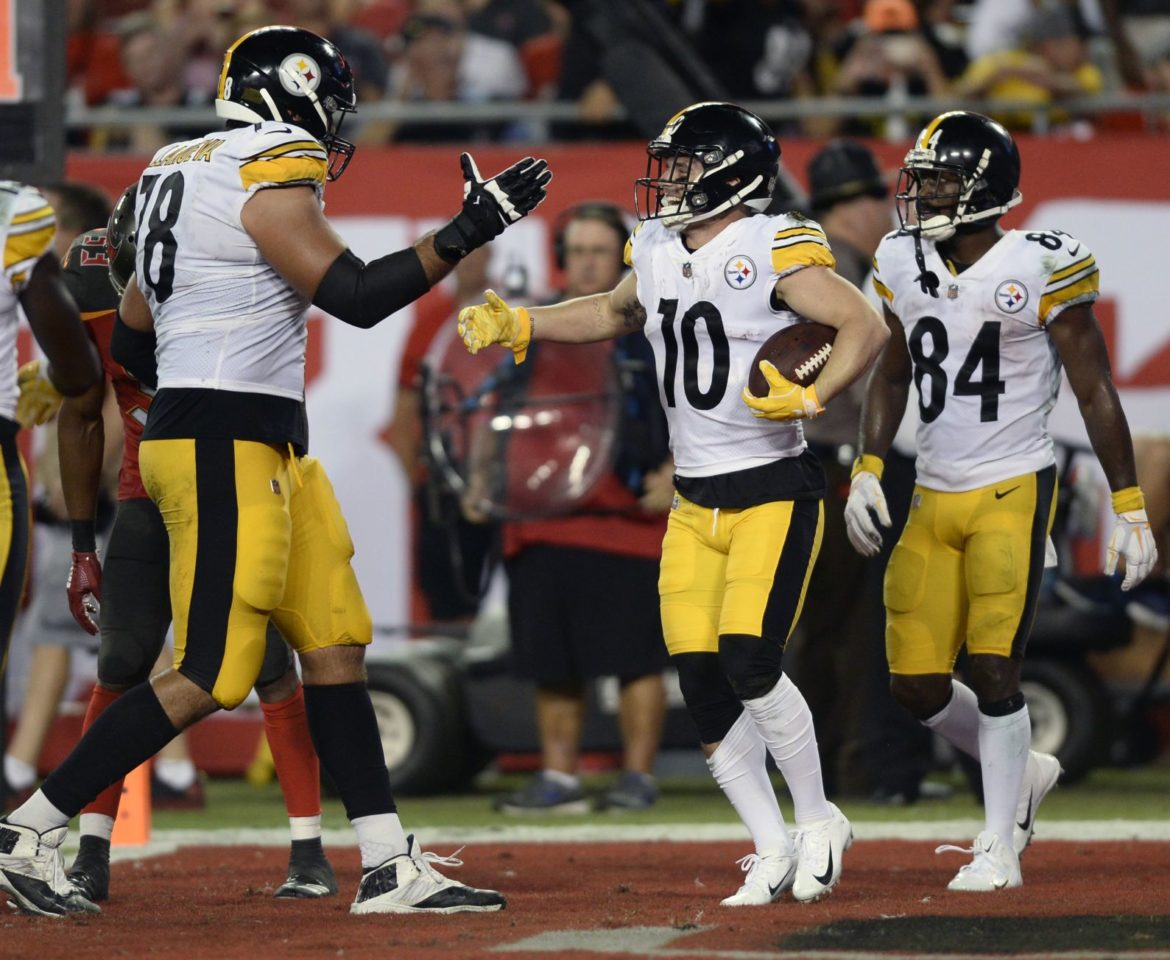 If Ryan Switzer never took an offensive snap for the Pittsburgh Steelers, would you say the trade of a fifth round pick for him was worth it? I certainly would. Kevin Colbert recognized that he needed to have a true return man and he went out and got one in Switzer.

But Switzer has proven he’s more than just a punt or kick returner. He’s already grabbed 18 passes from Ben Roethlisberger and a touchdown and he’s averaging over eight yards per reception. Not too bad for a guy thought to be too small to be useful on offense. The catches that Switzer is making have been crucial too as he’s often been relied on to move the sticks in third down situations.

Another example of his ability to do multiple things was on last night’s reverse to JuJu Smith-Schuster. Switzer took the ball from Roethlisberger and then flipped it to Smith-Schuster who went in the other direction for 11 yards and a first down. Look for a version of that playing coming down the road where Switzer keeps it or maybe even throws it.

For his contributions on offense, Switzer’s major reason for being in Pittsburgh is his ability to safely return punts and kicks and get decent yardage with them. Right now Switzer is sixth in the NFL in punt return yardage. He’s averaging over 10 yards per return and most importantly is that he’s handling the ball well. While he was partially responsible for that free kick brain fart against Cleveland, he’s otherwise performed perfectly.

In terms of his kickoff returns, he ranks seventh in total return yards and is averaging 20 yards per return. What’s interesting is that his long is just 35 yards, the lowest among the top ten kick returners by a decent margin. But that’s OK with me and I’ll tell you why. He isn’t making bone-headed decisions. He isn’t giving up yardage by trying to run backwards and he’s consistently moving forward in an effort to improve the starting field position for the offense.

If there’s any knock on Switzer it’s probably that he goes down too easily but when you’re 5’8″ and 180 pounds that’s going to happen. My gut tells me that at some point this season he’s going to finally break one because he’s been close. Perhaps one more block or one more move will spring him free.

Regardless, the acquiring of Switzer for a fifth round pick has been worth it and considering what lower round picks have brought Colbert in recent years (Scobee, Boykin etc) this move was a good one.

Switzer is Proving the Trade for Him Was Well Worth It was last modified: November 9th, 2018 by steeldad
#steelersKevin ColbertPittsburgh SteelersRyan Switzer