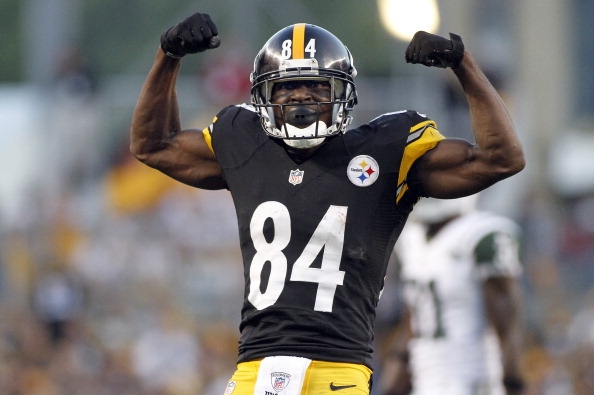 I wrote up a Week 1 Fantasy Guide for everyone yesterday. Today, fantasy football will shift to just the Steelers players. How will each player fare against the Washington Redskins? Big Ben will lead his usual high powered offense to the nation’s capitol on September 12th for Monday Night Football.

QB: Ben Roethlisberger – Facing a Redskins defense who last year ranked 22nd in the league against quarterbacks. His second, third and fourth favorite targets will not be present (Martavis Bryant, Le’Veon Bell, Heath Miller), but Big Ben should be able to have a good game with his younger weapons stepping up.

RB: DeAngelo Williams – Going up against a defense who ranked 18th against running backs. Williams was great last season and should replicate that in the first three games as the starter.

WR: Antonio Brown – We all saw how badly DeSean Jackson abused Josh Norman in camp, imagine the NFL’s best wideout in action. There is no stopping Brown, you can only hope to contain him. The chemistry between him and Roethlisberger is off the charts. Expect a monster game.

Markus Wheaton – Wheaton has yet to show what he can do after the catch, but he is a savvy receiver. He is a good route runner with reliable hands.

Start?: Only in deep leagues, otherwise, no.

Sammie Coates – After the hyped up offseason, Coates had a sub-par preseason. I think he is involved in the offense but not as much as people may think.

Eli Rogers – Rogers very well may start in the slot for the Steelers on Monday Night Football. He is a slippery athlete who can create something out of nothing, given the space. I don’t think he hauls a huge fantasy crowd just yet.

TE: Jesse James – James isn’t Heath Miller no matter how hard the fan base tries to make him to be. I don’t expect a huge game from James, but he could end up grabbing a touchdown.

D/ST: The defense is up against a passing offense who can stretch the field. The Redskins offense ranked 8th against opposing defenses last season. The Steelers don’t force many turnovers, either. Don’t expect any points from special teams.

K: Chris Boswell – The Wizard of Boz has been extremely accurate and reliable. I never count on a miss from him. His only downfall is if the Steelers elect to go for two instead of the PAT, which they are prone to.

Markus Wheaton is dealing with a shoulder, reportedly good to go for Monday.

SteelCityBlitz is not responsible for the downfall of your fantasy team, but we do accept credit for the flourishing ones. 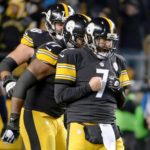 Do The Steelers Need To Score 30 Points Per Game?