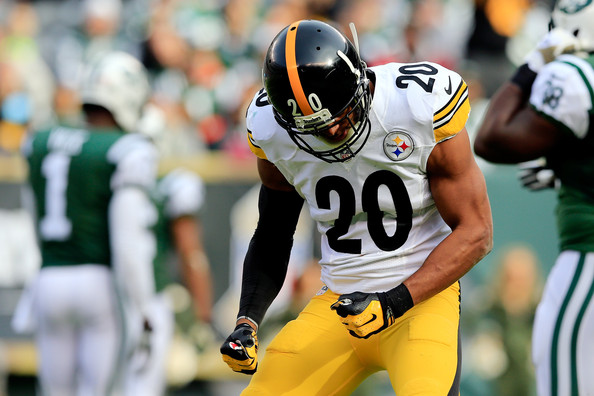 I have nothing against Will Allen. He’s a good guy and a solid NFL player but do the Steelers really need his presence in the secondary?

A day after the Steelers saw their future Hall of Fame safety Troy Polamalu retire, the Steelers had a terrific chance to get even younger in the secondary. I understand it’s always good to have those “wily veterans” on the roster but how many does the team need?

Allen is entering his 12th season and he’ll do his job as he always does. He’ll do his best to be in the correct position on each and every play and that’s respectable. This isn’t really about Allen though.

When you have a defense potentially relying on 37-year old James Harrison, some youth on the rest of the defense would be nice. Besides, if you’re going to spend $25 million on a free agent safety like Mike Mitchell then shouldn’t he be the guy who’s the “veteran presence?”

I realize after his first year in Pittsburgh that’s probably a rhetorical question but shouldn’t he be the guy the secondary looks to along with veteran William Gay? They will be on the field more often than Allen won’t they?

The re-signing of Allen is based much more on leadership than on anything else. Mike Tomlin’s love of veterans is well-known but it needs to have some limits.

If the Steelers are relying on Will Allen rather than Shamarko Thomas or a possible draft pick then the defense will not be as nearly as young and athletic as they should be. 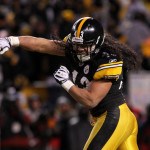 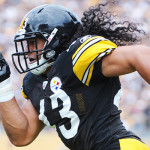 Final Thoughts on the Retirement of Troy Polamalu

That defense playd much better when Allen started.. He plays his position how it’s suppose to be playd. 9/10 Shamarko will get his chance to start in his 3rd year. Steelers will draft a safety but not one that’s gona come in and start anyway so what’s the point. This re-sign is a solid move for depth and it’s not gona break the bank in any way.

When you see a rookie play and end up making mistakes they end up getting criticized more than vets. Not every young player that enters the league succeeds or starts. Look at LOB in Seattle. I know that guys like Chancellor, Thomas and Sherman didn’t start from day 1 no way they did. It’s the same with the Steeler rookies. Look at Jarvis Jones he was thrown into the fire early and has yet to succeed. You can say they should play more rookies but how long until it reaches a point where fans say “get him out of there” Yes they should play rookies often but it’s how you use them that makes the difference between good player and a bad one.

They should of Signed Rahim Moore during Free Agency

There’s no question that Will Allen will provide a safety blanket of sorts in the secondary and Mike Tomlin will sleep easier because of it. I’m to the point where I want this team to force itself to get younger. It’s like it just can’t bear the thought of having young guys in the secondary. If those guys make mistakes, and they will, then so be it. If they are allowed to make those mistakes going full speed I’m definitely cool with it because it shows aggressiveness rather than passiveness.

They did it for protection people…. wow learn the sport before moving your dumb ass mouth!!!! Ok they have shamarko Thomas to replace troy and will probably draft another young safety. So your saying roll with that and don’t bring back a vet who played at a VERY high level as a backup plan if the youngsters fall flat on their face and suck??? Really!!!!!! I’m so glad you retards aren’t running the team OMG!!!!