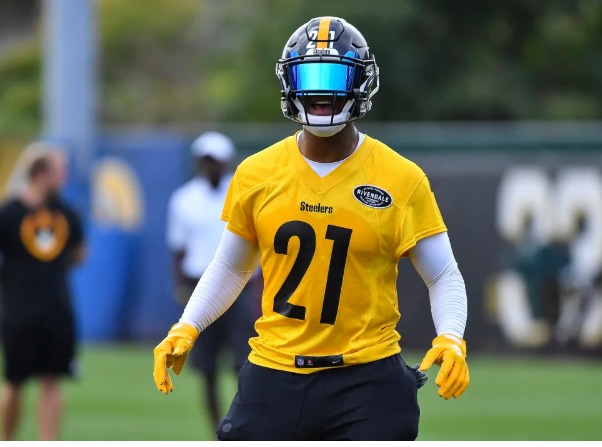 Heading into their week two matchup with the Seattle Seahawks, the Pittsburgh Steelers have a lot of work to do. Following the beating they took in week one, the Steelers will be looking for their first win of the season against a quality team. There are definitely some things to keep an eye on in anticipation of this week two showdown.

The good news for the Steelers in this matchup is that history is on their side. Under Mike Tomlin, Pittsburgh is 6-1 in games that follow a loss by 20 or more points. Also under Tomlin, the team has never lost to an NFC west opponent at home. They are 6-0 with an average margin of victory of nearly 22 points. Seattle especially doesn’t have much luck historically in Heinz Field. In their two trips to the stadium, Seattle has been shut out each time, and lost the games by a combined score of 45-0. Historical trends obviously don’t mean a whole lot when it comes to present day X’s and O’s. But, at a time when Steelers fans just want some positivity, there’s plenty to be found when it comes to history.

Starting center Maurkice Pouncey sustained an ankle  injury in Sunday’s game with the Patriots. Originally, the injury didn’t seem very serious and it seemed Pouncey would be good to go against Seattle. But, Pouncey was a non-participant at practice on both Wednesday and Thursday, which is rightfully raising some concern. With one practice left in the week, we hope to see Pouncey participate and be ready to go for Sunday.

If Pouncey is a no-go against the Seahawks, BJ Finney will be the man handling the snaps. Finney went viral in week one for not snapping the ball resulting in a false start being called on the whole team. Despite the memes, Finney has been a solid fill in when he has been called upon during his tenure in Pittsburgh. Still, it would be ideal to have all five usual starters ready to go against a very strong Seattle defensive line. In week one, they recorded five sacks as a team, four of which came from their daunting defensive line.

Communication in the Secondary

It’s like beating a dead horse at this point (and has been for several years), but the Steelers really need to be on the same page in the secondary. Miscommunications in the back end of the defense that lead to big plays have been absolutely killer to this team. Luckily for Pittsburgh, Seattle didn’t use empty personnel much against Cincinnati, as that alignment particularly killed the Steelers in New England. They lined up and snapped the ball in empty personnel twice, both on third down. Two other times they lined up empty but motioned a running back into the backfield. And one other time, Seattle lined up with a running back but motioned him out wide to go empty.  But, with the Steelers tendency to cover receivers with linebackers, Seattle might look to utilize empty personnel more often this week.

Back to communication, the Seahawks are a team that have the potential to punish a defense for not being on the same page. With speedsters like Tyler Lockett and rookie DK Metcalf, Russell Wilson has the weapons to connect on a deep ball if one of those guys are left uncovered. It happened to Cincinnati in week one, as they seemed to leave Lockett uncovered down the seam. The result of the play was a 44 yard touchdown reception. Thankfully, Sean Davis was a full participant at Thursday’s practice and appears poised to make his season debut on Sunday. His presence at safety should hopefully help erase the miscommunications and keep everyone on the same page. It’s especially good that the team gets Davis back, as Joe Haden‘s game status is up in the air due to a shoulder injury.

Though he hasn’t been ruled out yet, it appears very likely that fullback Roosevelt Nix will miss Sunday’s game. Nix’s zero snaps in week one were concerning, until it was reported by Tomlin that he sustained an injury early in the game. Fortunately, Tomlin says the team will be prepared at fullback without Nix this week. That’s a good sign, as they clearly weren’t prepared to not have him against New England. The team was terrible in third-and-one or fourth-and-one situations last week without a fullback. So, whatever the plan is for this week, hopefully it will be one that utilizes some smash mouth football in short yardage situations.

SCB Steelers Quick Hitters: The “On to the Sea” Edition