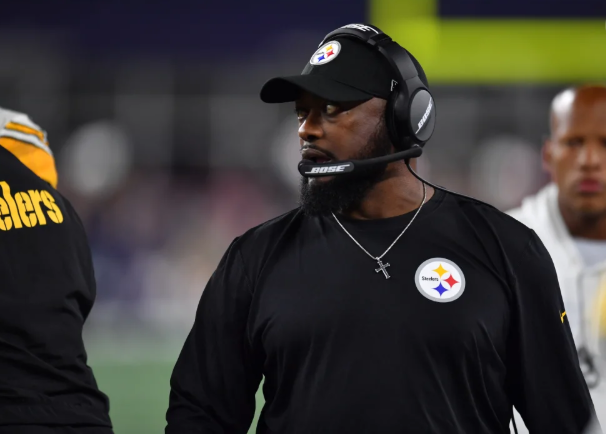 Nothing went right in week one for the Pittsburgh Steelers. From beginning to end, they got steamrolled.  The New England Patriots came to show why they are a top contender in the AFC, and Pittsburgh did not. As has been the case too often in recent years, a lot of the blame for the embarrassing week one performance falls on the Steelers coaching staff.

After the defense forced a punt on the first series of the game, it would have been a huge momentum gainer for the Steelers to take an early lead. Their first drive got off to a promising start, with two first downs in four plays. However, they ended up punting following a failed deep shot to Johnny Holton on third and six.

The Patriots scored on their second drive, and an answer would have been big for the Steelers. Then, it felt like Todd Haley rejoined the Steelers coaching staff. They kicked off the drive with runs on first down and again on second and nine, the latter of which got called back for holding. Despite the hold nullifying the play, it was the second rushing attempt on second and long in as many Steelers drives. Following the hold, Ben Roethlisberger threw passes within two yards of the line of scrimmage on second and 18 and third and 20. Needless to say, the Steelers didn’t appear to be in a hurry to put some pressure on the elite Patriots defense.

Following a Patriots field goal, the Steelers came out five-wide, down 10-0. A short catch and run to Ryan Switzer made it second and two. Another pass at the line of scrimmage to Switzer made brought on third and one. They came out in the shotgun and handed the ball to James Conner, who couldn’t get the yard. The third punt in as many drives would follow. This was only the start of Pittsburgh’s incompetence in short yardage situations.

Offensively, it seemed that the Steelers coaching staff forgot that Roosevelt Nix is on the team. One of the league’s top fullbacks, Nix didn’t play a single offensive snap. The aforementioned third down attempt would have been a good time to get Nix on the field. But, it definitely wasn’t the only time that he could have been used.

On their next drive, the Steelers were again facing third and one. They elected to run out of the shotgun, again with no Nix. This time, it was a pitch to the outside which never had a chance. The pitches out of the shotgun were a common theme all night, despite the fact they consistently weren’t working. And running to the outside out of the shotgun against a defense with as much speed as New England’s was never going to work. If they wanted to run, letting Conner follow Nix off of Maurkice Pouncey‘s rear end would have been a much better option.

Once more on third and one, and again on fourth and one, the Steelers threw the ball and failed to convert. To be fair to the coaching staff, the fourth down play was a fine call and only failed due to one of Donte Moncrief‘s many drops on the night. But, the third down play at the Patriots one yard line was a poorly-executed pass attempt to Moncrief that never had a chance. It again seemed like a great time to get Nix into the game and lead the way for Conner into the end zone. What followed that third down play, though, was the biggest coaching blunder of the night.

Disclaimer: This was originally written before Coach Tomlin’s Tuesday press conference, in which he announced Nix suffered an injury early in the game. That explains his lack of snaps, but it doesn’t let Tomlin off the hook. The gameplan to deal with an injured fullback shouldn’t be to completely abandon the use of a fullback. Tomlin said that if Nix can’t play in week two, the team will have a plan to deal with it. Unfortunately, they were totally unprepared for the situation on Sunday.

So, down by 20 points in the third quarter at the Patriots one yard line, Pittsburgh had a chance to play smash mouth football and finally get on the board. Instead, Mike Tomlin lived in his fears. He elected to kick a field goal to because he “wanted to get a little positivity.” Now, Tomlin doesn’t have tons of experience when it comes to beating New England, but he should know that a field goal in that situation wasn’t gonna do it. A touchdown would have gotten the Steelers on the board, and made it a two possession game. Failing to convert would have resulted in Pittsburgh being down three possessions, with New England starting their drive at their own one. The made field goal resulted in Pittsburgh still being down by three scores, but with New England starting their own 25 following the kickoff. In a night full of bad coaching, this decision took the cake. There was nothing to gain for the Steelers by kicking a field goal. The only thing that would have got them going in the right direction was a touchdown. And they didn’t even try for it.

Of all the postgame interviews, there were two quotes that really stood out, both of which were a bad look for the Steelers coaching staff. The first one came from the man in charge. After the game, Tomlin said “we weren’t ready for prime time tonight.” The responsibility for the lack of preparation falls on Tomlin’s shoulders. How are you not ready for a prime time game in week one? You get to play the defending Super Bowl champs, a team that has bullied you your whole career, with a chance to silence the critics. And you aren’t ready? Sure, Tomlin is always vague and cliche in his press conferences. But, saying the team wasn’t ready wasn’t only pointing out the obvious, but it was also self-indicting.

The other postgame quote came from Mike Hilton, who had a bad game in his own right. He pointed out that he thought miscommunications were a big problem for the Steelers. Again, this is nothing new, especially against New England. Hilton said, “Especially when they uptempo-ed us, we kind of looked a little shook and kind of lost.” He simply pointed out what we all saw. Pittsburgh looked lost in the secondary, and it falls on the Steelers coaching staff. Failing to prepare for the no huddle attack of the Patriots, and leaving too many linebackers in mismatches on the outside or in the slot, is a recipe for disaster. Simply put, the Steelers weren’t ready for any part of this game. And it all starts with the coaching staff.

My Roller Coaster Ride With Mike Tomlin is Nearing the End

With Bill Cowher in the Hall of Fame,...