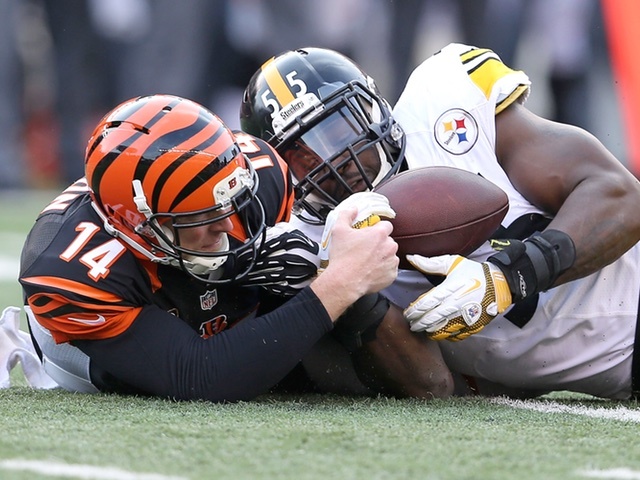 Plenty of fans are looking for answers to the Steelers defensive struggles. The truth is there’s no savior free agent or player returning from injury that will suddenly make this defense better.

However, it does sound like Mike Tomlin is still trying to figure out the best combination of players is, with what he has.

At this point, the 21 points the Steelers gave up on Sunday is really considered a win in most people’s eyes.

I personally was really encouraged by the fact that our defensive line of the future (Cam Heyward, Steve McLendon, and Stephon Tuitt) held a very good Bengals rushing attack to 86 yards rushing (with 20 coming on a QB run).

Mike Tomlin’s Tuesday press conferences rarely have anything of note, but it did sound like there could be changes coming on the depth chart.

Arthur Moats earned the start with James Harrison out and played a great game splitting time with Jarvis Jones. Moats earned 2 sacks, and recovered the potentially season saving fumble by Andy Dalton. Mike Tomlin didn’t seem to rule out the possibility of Moats staying in the game when Harrison returns.

All of this is good news for the Steelers. James Harrison has talked about the physical toll the season is taking on him, so being able to rotate all 3 guys across from Jason Worilds will be beneficial.

If Jason Worilds walks after the season like many of us expect, the Steelers could desperately use a cheaper player like Arthur Moats (who will also be a free agent).

That’s the good, the bad has been cornerback Ike Taylor. Ike’s career has always been a bit of a roller coaster, and I blame some really bad safety play for some of his troubles.

That being said, I think Ike has reached the end of the road. He’s banged up right now, and Coach Tomlin wouldn’t commit to him getting his spot back over Antwon Blake even if he is healthy enough to play on Sunday.

Personally, I think that Ike could be a good matchup with older, but still dangerous, Roddy White. I think that William Gay should handle the (nearly impossible) task of covering Julio Jones.

Gay should get LOTS of safety help, but he’s been our best corner this season, so put him on the superstar Jones.

It’s never really a good thing that your team is still shuffling so much around so late in the season, but I give the coaching staff credit.

It seems Tomlin realizes that this team will lean heavily on their offense, and they need to make whatever adjustments they need to on a week to week basis to get even average play out of Dick Lebea’s squad.

Hopefully Coach Tomlin and Lebeau can figure out the right combination to contain the high-flying Falcons defense Sunday.

Steelers Still Tinkering with the Defense was last modified: December 11th, 2014 by Steelbydesign 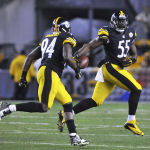 I think that if Troy is going to play up in a LB position then we have no choice but to pull another LB and add a deep safety for cover help.