Steelers Sign LB Bostic; What Does It Mean Moving Forward? 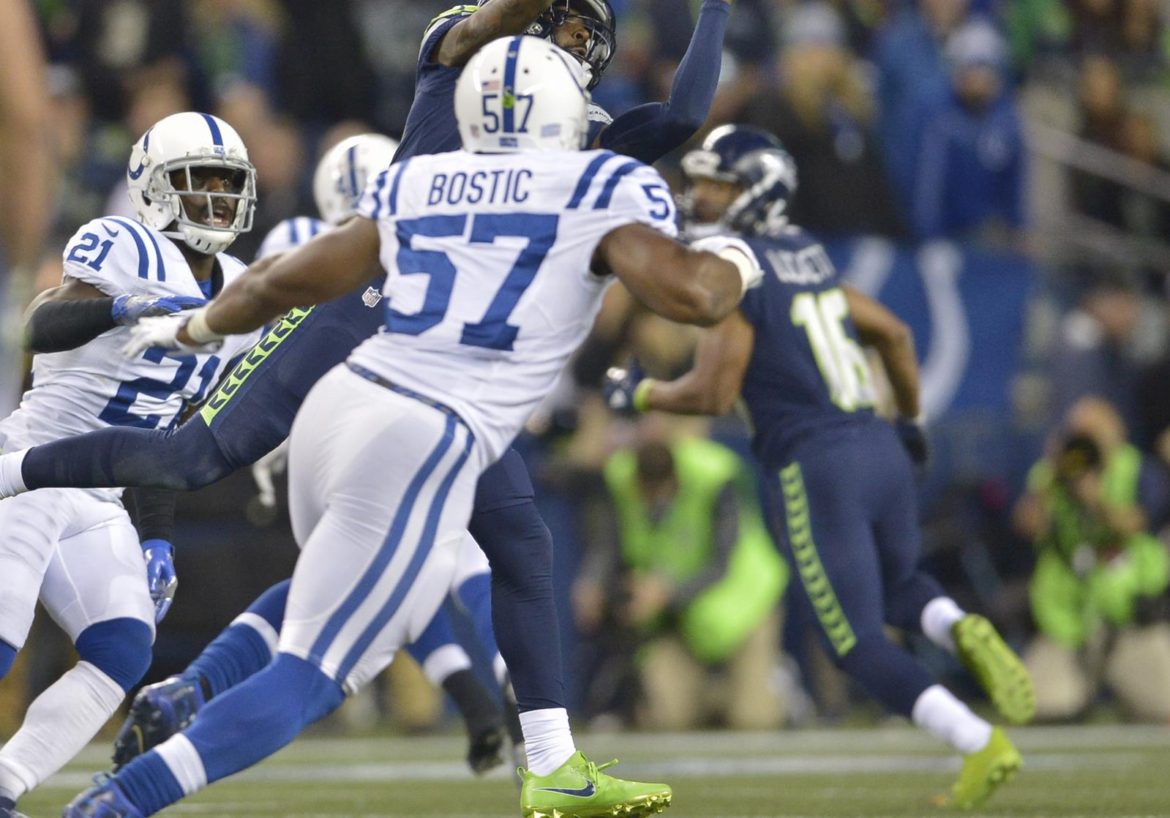 The Pittsburgh Steelers finally made their first free agent singing today with the addition of linebacker Jon Bostic. Not surprisingly, this was met with the usual negativity by most Steelers’ fans who expected a Ryan Shazier clone to be picked up via free agency. Sarcasm aside, what does the addition mean moving forward?

Bostic was drafted out of the University of Florida by the Chicago Bears in 2013. He spent two seasons there before playing in New England and then last season in Indianapolis. His career to this point has been filled with injuries. He missed all of 2016 but rebounded to have a nice season for the Colts collecting 97 tackles and a sack in 14 games played and started.

What this addition should first do is make Steelers’ fans aware of just how devastating the loss of Ryan Shazier is. Obviously there is the human factor which I speak for all of us when I say we want Ryan to have a positive life first and should he pursue football again he’ll have our support. But the business side of things is where the Steelers’ lack of depth behind Shazier has been revealed. For anyone to think that there was a “Ryan Shazier-type” player available in free agency is preposterous. No such player exists.

I view the signing of Bostic two ways. First, he’s a veteran who can hopefully come in and play alongside Vince Williams right away. Second, my larger hope is that he can be a bridge to a rookie linebacker eventually taking over the position. This of course leads me to the biggest question of all which is… How does this change the Steelers’ draft strategy?

Some will argue that this means the Steelers will immediately turn their attention to the safety position and I completely understand that line of thinking. With Both Mike Mitchell and Rob Golden gone, there are massive holes there to fill. But I also believe we should not totally throw the idea of a first round linebacker being taken out the window. The Steelers are notorious for taking the “best player available” and should one of the top four rated linebackers be there at 28 I can’t see them passing.

Part of this is due to a major gulf existing between those top four guys and the rest of the linebacking draft class. This doesn’t mean however that they won’t roll the dice on Bostic staying healthy. This could lead them to indeed taking a safety in round one then adding a lesser known commodity at LB later in the draft. While it may seem unfair of me to not discuss Tyler Matakevich, I just don’t see him in anywhere the same light that I do Shazier. Is what it is I guess. Big Red is a special teams’ demon and two-down LB at best.

The signing of Bostic will no doubt be boring to the majority of Steelers’ fans and that’s fine. I admit myself, there’s not a whole lot to love about it but it may signal just what direction the Steelers are heading into as the draft approaches in late April.

SCB Steelers’ Quick Hitters: The “Blew It? Not Exactly” Edition