Steelers Should Have Gone to School Studying Bengals

I can’t even imagine the amount of film that players and coaches must go over on a weekly basis. Not only are they looking at the opponent’s most recent game, but they’ll also watch their past games against the opponent as well. I feel like I’ve watched a lot of the Steelers’ opener because my eyes are starting to see black and gold when I sleep so I can’t even grasp how much they must watch.

Hopefully the Pittsburgh Steelers went to school while watching the Cincinnati Bengals loss to Chicago because there are a lot of things the Steelers can do and will need to do in order to win this game Monday night.

The Bears offensive line did not give up a sack to the vaunted Bengals’ defense. Keep in mind that was an offensive line that started two rookies. What can the Steelers take from that? Hopefully they can see what the Bears did in order to keep Jay Cutler healthy because this is one of the most sacked QBs in the league.

I’m not in any way comparing the offensive lines especially with the injury to Maurkice Pouncey, but there was much to be taken from how the Bears did things.

Defensively, Ike Taylor knows Bengals’ receiver A.J. Green pretty well. Chicago’s Charles Tillman did a very nice job on Green intercepting two passes without having much experience against him. Andy Dalton will force the ball to Green and Taylor has to be ready for that. Not known as a ball-hawk by any stretch, Taylor has to make the most of his opportunities.

The Bears did a great job of creating turnovers and attempting to create turnovers. They are there to be had by the Steelers. Now it’s time to execute.

The old saying is the film never lies and that’s true, but if you don’t take advantage of what you learn then why bother watching? 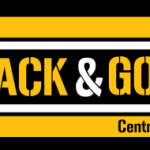 Velasco at Center Could Be a Game-Changer for Steelers

Make Sure You Direct Your Anger in...