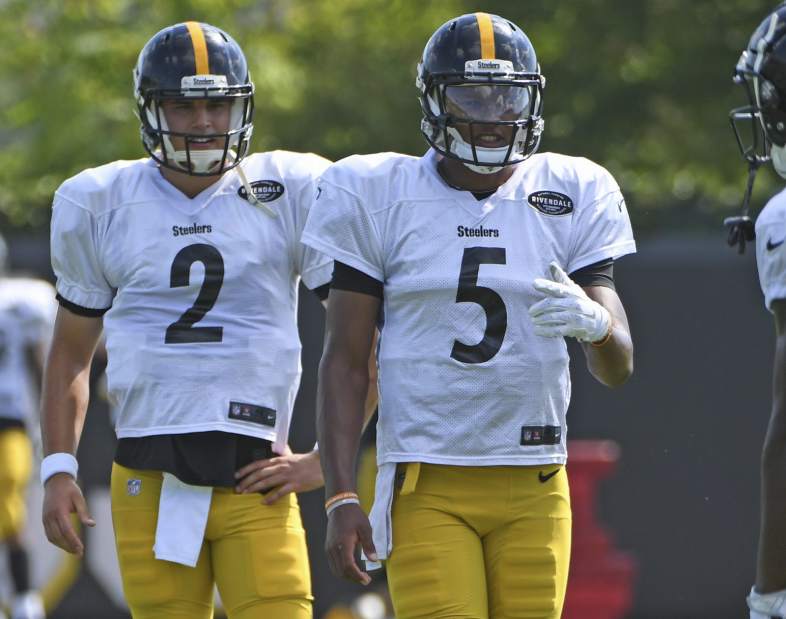 In the Steelers 30-28 victory over Tampa Bay in the preseason opener the biggest story was rookie Devin Bush’s 10-tackle performance. Bush was all over the field and looked like a player worthy of a Top 10 pick. Many other players on the Steelers roster performed well throughout the game, including 6th round pick Ulysses Gilbert and QB Devlin Hodges. There are three more preseason games before the Steelers cut their roster from 91 to 53 players. Continuing our analysis from the first week, we took a look at which players on the Steelers roster improved their outlook after the first game action.

Only a few of these players actually saw the field on Friday night. James Washington was the star of the offensive show with 4 catches for 84 yards and a touchdown. He nearly had a second score but couldn’t quite toe-tap on the sideline. Washington’s first catch of the night was one of his best, blowing past a defensive back and hauling in a 43-yard bomb from Josh Dobbs. Mason Rudolph also played well, going 5 for 8 for 91 yards and 2 TDs, the second a jump ball to rookie TE Zack Gentry. Rudolph showed good pocket awareness to get away from pressure and extend plays. On defense, Devin Bush was obviously the star of the show, flashing his speed and showing up pretty much everywhere on the field. None of these players are in any danger of losing their roster spots.

Despite what the social media crowd thought, Josh Dobbs put together a decent night going 5 for 8 for 85 yards and leading the team in rushing with 44 yards. Dobbs still lacks touch on his throws and is at his best when he can just gun it down the field. This was evidenced by his bomb to James Washington and the 3rd and long he converted with a laser to Washington on a deep in route. Everyone knows Benny Snell can run the ball, but he also looked good in the passing game with solid blitz pickup work and a catch and run for a first down on a third and long screen pass. Third round CB Justin Layne had some struggles, particularly in the tackling department, in his first game. He saw a lot of playing time with the injuries in the secondary and will need to show improvement in the coming weeks. Tyler Matakevich had a strip sack on defense. Dan McCullers’ stock is trending downwards but the Steelers did sign him to a contract extension this offseason, which keeps him slightly above the bubble for now.

Welcome to the bubble, Devlin Hodges. Everyone’s favorite 4th string quarterback got plenty of opportunity to showcase his abilities in the opener which should earn him more reps moving forward. Tevin Jones saw a lot of snaps and a lot of targets at wide receiver, but didn’t do anything spectacular. Outside of James Washington, Johnny Holton’s 60-yard catch and run was the highlight of the night for the receiving corps. This made up for Holton’s poor decision to bring the opening kickoff out of the end zone from 8 yards deep. Both Jones and Holton are likely on the underside of the bubble as their are 6 receivers on the depth chart above them. Zach Gentry caught a touchdown and a few other passes, which keeps him ahead of Kevin Rader who lost a fumble in the game. The offensive line was hard to gauge, but one or two players will likely make it from the bubble. On defense, Kam Kelly got a lot of playing time at free safety. Tuzar Skipper was one of the more impressive edge rushers as he and ILB Ulysses Gilbert flashed big plays in the fourth quarter. Sixth round pick Sutton Smith is “behind,” according to Mike Tomlin and will need to get on the field this week to have a chance to make the team.

Ian Berryman boomed his only punt attempt of the night over 60 yards through the back of the end zone. Unfortunately that probably isn’t enough to move him up to the bubble as a serious challenger to Jordan Berry (despite Berryman having a massive leg). One thing to watch for here is that the Vikings just traded for a punter which could make Matt Wile (who spent last preseason with the Steelers) available on waivers. Henry Mondeaux played a decent game along the defensive line and could elevate himself onto the bubble with another solid performance. The Steelers signed former Chartiers Valley and Duquesne linebacker Christian Kuntz on Thursday but he likely has a long uphill battle to make the roster. 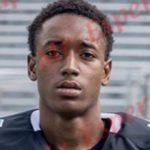