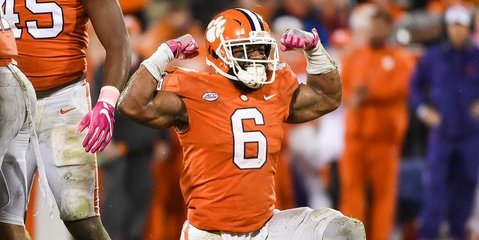 The Steelers are permitted to host 30 prospects for pre-draft visits. With less than a month until the draft, visits have begun and are in full swing. Pre-Draft Visits are a good indicator of the Steelers draft priorities as they have selected 33 players in the last 8 years that came on a pre-draft visit (and signed a handful more as undrafted free agents). While the Steelers have a history of using about half of their picks each year on prospects who have visited, the Steelers have also used these visits to bring in players that might have some question marks on their resume including medical evaluations and off-field questions. The Steelers will also use pre-draft visits to do some extra scouting on players that will likely be undrafted free agents that they may have on their radar. Earlier this week, the Steelers hosted Florida CB Duke Dawson, Western Kentucky LB Joel Iyiegbuniwe, and Eastern Michigan QB Brogan Roback. Yesterday, four more prospects were in town: Texas LB Malik Jefferson, Maryland LB Jermaine Carter, NC State DT BJ Hill, and North Carolina CB MJ Stewart.

For each prospect, I added Rankings from some of the more reliable draft analysts around – Lance Zerlein of NFL.com, Rob Rang of CBS Sports,  Dane Brugler of NFL Draft Scout, and Matt Miller of Bleacher Report. Additionally, I listed three athleticism metrics: SPARQ, RAS, and Mock Draftable “webs.”  SPARQ rankings are from 3 Sigma Athlete and measure of explosiveness and athleticism with a score of 100 for an “average” NFL athlete. Over the past few seasons, the Steelers have targeted players in the draft with high SPARQ rankings. RAS (or “Relative Athletic Score“) was developed by Kent Lee Platte of The Pride of Detroit. While SPARQ uses 100 as the average score, RAS is on a relatively simple 0-10 scale with 5 as the “average” player at the position. Mock Draftable is a great site that compiles testing data from draft prospects and keeps historical records to provide comparables for each player.

Analysis: O’Daniel led the Tigers with 103 tackles last season, including 11.5 TFLs and 5 sacks. He also added 7 passes defended and 2 interceptions, showing some abilities in coverage over the middle. While being slightly undersized for an inside linebacker position, O’Daniel makes up for it with athleticism and being a sound tackler. He excelled on Special Teams at Clemson and profiles as a mid-round pick who will likely see a lot of time there in the NFL. His lack of size can catch up to him and he can get swallowed up by bigger offensive linemen or tight ends in the running game.  He played as a 4-3 strongside OLB in his one year as a starter, which means he got plenty of experience covering tight ends. He hits with strength and intensity while maintaining good technique and relies on his speed and instincts to make plays. O’Daniel could be a viable target for the Steelers early late in Day 2 or early in Day 3 to add immediate impact on special teams and a player with the athleticism for the Mack linebacker position if he can gain some functional strength to fight off blockers. 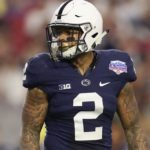 […] Dorian O’Daniel and South Carolina State’s Darius Leonard. O’Daniel (READ: Visit Summary) is a slightly undersized linebacker who was a tackling machine at Clemson. He played as a 4-3 […]