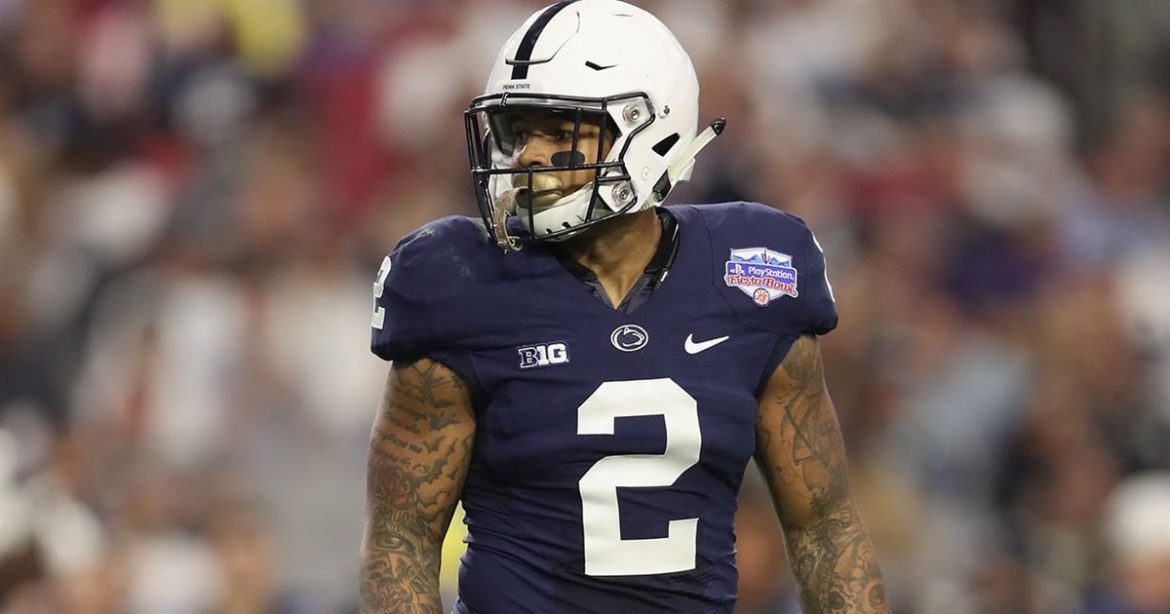 There are three Fridays left, including today, until the 2018 NFL Draft. I am starting this series of every Friday, performing a FanSpeak mock draft for the Pittsburgh Steelers. I will share who else was on the board and why I chose who I did and where. Enjoy the madness!

Vander Esch is a player I really liked when watching his film and his Combine did nothing but help his stock. LVE was the best player available according to the board, and the need lined up perfectly. LVE now solidifies the mack linebacker position.

I had Carter as a day two guy after analyzing him, but his Combine made him even more intriguing early on in day two here. With Bud Dupree’s fifth year option up in the air, the team could look to move on from him after the 2018 season. Carter has the length, athletic traits and tools to be a successful pass rusher at the next level. I believe Carter can also play some sub-package linebacker, too.

I was a big Allen fan during the season but when I got to review his tape singularity, I wasn’t as impressed. I love his aggression and toughness, but this leads to some missed tackles. Allen has excellent size and performed very well at the NFL Combine athletically. He will be the perfect third safety for now, and be a tremendous asset on special teams.

I am a big Lazard fan because of his size, big play ability and being a high level red zone threat. He doesn’t offer much after the catch, but at the catch point, Lazard is money. Martavis Bryant’s departure after the 2018 season is imminent, so the Steelers should be proactive in finding the next outside receiver.

Ballage has been my guy for a few years now so this may be a bias selection, but it fits what the Steelers are looking for. As a running back out of the backfield, split out wide as a receiver, or as a return specialist, Ballage can be a true weapon for the Steelers. His numbers dropped in college due to his play-style not suiting the offensive scheme. Ballage is very athletic and is one of the best pass catchers out of this running back class. He is a violent runner who hates being tackled and exerts 110% effort every run. This is good value for a player who can contribute early, in many ways and may possibly be the starting running back in 2019 if the Steelers don’t come to a long term deal with Le’Veon Bell.

Burks is a safety turned linebacker and he found his home. He was a late Senior Bowl invite due to injury and made the best out of the experience. He is an athletic player who would be very good on special teams and at the back end of the linebacker depth chart.

Hall’s stock is gaining a ton of steam since he put up outrageous athletic numbers. His stats match those numbers and taking a 7th round flyer on a player like this seems like a low risk deal. I have yet to get to his tape, but I have heard nothing but good things about Hall, who could be the steal of the draft. Taking a risk here since there are more prolific and well known players in the position still available, but that is what the draft is about.

Sam Houston State DT PJ Hall may have solidified himself as a mid-round pick. 284 tackles, 86.5 TFL, 42 sacks 14 blocked kicks, despite the small-school is ridiculous. 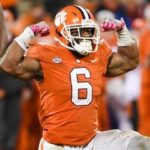 I’d take Adams instead of Ballard and Sweat instead of Carter but it’s close. I like the Lazard, Allen and LVE picks a lot. This is a fun mock.

I used the same criteria you used for a mock. I can see double dipping at linebacker, but not in the first 2 rounds. I’m not sold on Marcus Allen and think it’s too much of a reach for Carter. I like Lazard a lot, but New Orleans grabbed him in the 5th, 1 pick before my first 5th round pick when I was gonna take him. I also like P.J. Hall, but in this scenario, ranked 370, he could be had as an UDFA. I do a mock every few days… it’s fun!

I think Shepherd brings a similar skillset as Hargrave does, so I think we need a true plugging NT with some pass rush ability. I havent seen the edge rusher from Tulane at all. Akins is 26, so hard pass from me.

Well first off it’s a interesting draft Chris. I like the LVE pick but if Evans is there as well I’m taking Evans all day. Carter is interesting but i hesitate cause the only he can do is rush the passer, The Steelers want guys who can rush the passer and drop in coverage that part of Carters game is bad. I’m not sure what you see in Allen cause to me I’ll take a Kyzir White before i take Allen. Lazard is a good WR but his flaws need to be weeded out big time before he can become anything more than a WR who plays in the redzone. Lazard’s route running needs to be worked on, he can get knocked off his routes in press coverage.

I’m not even going to talk about the Ballage pick cause i have nothing else to say on the matter of RB. Hall is interesting but i got a guy who played at Cal and is not getting talked about much and his name is James Looney a DE who is a late day 3 pick but could provide good value if a guy like Josh Frazier is gone. An interesting draft Chris and that’s all that it is right now just interesting.

If you look at the pictures I posted you can see who was recently taken. Evans was taken 25th so he was unavailable. Carter is actually pretty decent in coverage and is extremely athletic so his transition couldn’t be too rough. Kyzir White was not available in the 3rd. Lazard will have an entire year to do what he needs to do. Looney cant play NT, barely DE, weighing only 287.

Okay but i never said Looney would play the nose i just said that he would be good value as a late day 3 pick. This whole notion of a “True plugging NT” is bent of shape. When Hargrave was drafted people on this site came rushing to his defense just because i decided to rip the pick now he enters 3rd or 4th year in the league and fans would rather have somebody else other Hargrave at that spot, well I’m sorry you guys feel that way but this issue is way to overblown. You guys knew his limitations when he got drafted but none of you seemed to have a problem with ignoring those limitations, those flaws when the his named was announced during the draft.

The same logic applies to those people who clamored for TJ Watt last year and now want to rip him a new one because he didn’t “dominate” the way you want him to dominate. Face it fans your nothing but hypocrites and don’t respond by saying that were not hypocrites were just stating an opinion on these players. Wrong, an opinion would be that this guy is not worth the pick or he should be relegated to being a backup. Those are opinions what goes on here and at BTSC is nothing but unfair criticism at players who are trying there best but i guess that’s not good enough for you Chris or for that matter anybody at all.

No one wants Watt replaced or Hargrave replaced, for that matter. You’re putting words in people’s mouths as usual, Vic.
I won’t even respond to the Watt take because I don’t know where it came from. As for another NT, that guy would replace Dan McCullers, not Hargrave, and play in short yardage and obvious run downs primarily. Hargrave’s ability as a pass rusher and penetrator, especially as a 3Tech, as still valuable.

Incidentally, the guys you said would be better picks that Hargrave, Andrew Billings and Hassan Ridgeway *COMBINED* haven’t manged to surpass Hargrave’s productivity in two years.

I meant to ask you though, did you find the coincidence odd that the two guys you promoted as the Steelers first round picks the last two years were not only passed over by the entire NFL for two days, but also were both taken by the Bengals in the 4th round of their respective drafts? I’m speaking of Andrew Billings and Carl Lawson, of course.

Ben you don’t get the fans who came to Hargraves defense when he was drafted are now the same ones wanting somebody else to take his spot. The Watt criticism is real and it’s out there and it’s based on the same fans who clamored for him leading up to the draft. I still like Lawson more than Watt and even if Watt gets a ring it won’t change nothing. I’ll put it to you fans like this just admit that you want somebody else to take Hargraves spot and start over him and believe me when i say I’m not making it up that line of thinking is out there. Now a days fans clamor for somebody else to start over a guy after 1 year on the job. So i ask you fans why?