After two-straight 8-8 seasons, I was pretty convinced that’s what was coming again in 2014 but I couldn’t be happier to have been wrong.

There are of course the usual suspects to give credit to for this 11-5 season and AFC North Championship. We can start with the “Three B’s” Ben Roethlisberger, Antonio Brown and Le’Veon Bell and add in guys like Cameron Heyward and Lawrence Timmons all of whom have contributed greatness this season.

But we can also point to the “other” guys whose presence was vital to the turnaround and I think it’s important to acknowledge them.

As the regular season began, hopes were high for rookies Ryan Shazier and Dri Archer who were first and third round picks respectively. Instead it turned out to be the second and fourth round guys that made the biggest splashes as Stephon Tuitt and Martavis Bryant both had major impacts in 2014.

Bryant’s emergence as the tall, athletic deep threat this team has needed led to eight touchdowns and over 500 yards receiving. Just his presence however made defenses have to respect him and opened things up for the other pass catchers.

In Tuitt’s case, his presence wasn’t really felt until it had to be. When Brett Keisel went down for the season, Dick LeBeau was forced to go with Tuitt ahead of the struggling Cam Thomas and the move has paid off.

Eleven of Tuitt’s 17 tackles and one sack have come in the last four weeks and he was also credited with a key forced fumble in week 16.

Be honest; did you really think Antwon Blake or Brice McCain would be major factors in any game this season for the Steelers?

This past weekend was the perfect example of how important both of these free agents have become as McCain picked off two passes and Blake forced and recovered a fumble on the same play.

It’s been much more than that though because both guys have gotten better as their playing time has increased. They are playing so well that questions about whether Ike Taylor should play this Saturday, healthy or not, have been coming more and more.

Blake and McCain aren’t alone though because also back there is Will Allen. In many ways, Allen’s career looked to be over when he released during the season last year by Dallas. Mike Tomlin’s love of veterans is no secret and he quickly picked Allen back up.

He’s been solid in replacing Troy Polamalu and much like Taylor, there are many wondering if Allen shouldn’t get the nod over a healthy Polamalu.

The Big Uglies and Their Leader

I’m not going to tell you that Offensive Line Coach Mike Munchak has worked miracles with the O-line this season, but his presence has certainly been a positive one.

For the most part, the offensive line has remained healthy with exceptions being a few games missed by both Ramon Foster and Marcus Gilbert but in both cases, Cody Wallace and Mike Adams both performed admirably.

Maurkice Pouncey is headed to another Pro Bowl while David DeCastro and Kelvin Beachum both have become mainstays at their positions. The line overall has had ups and downs in both the running game and in pass protection.

For example, we’ve seen great pass protection of late but the running game has struggled since Le’Veon Bell’s big day in Cincinnati several weeks back.

Still, Munchak and his young offensive line are a significant reason the team is 11-5 and headed for the playoffs. 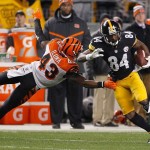 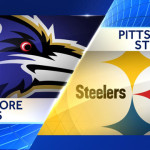 Stopping Browns Backfield will be Key on...