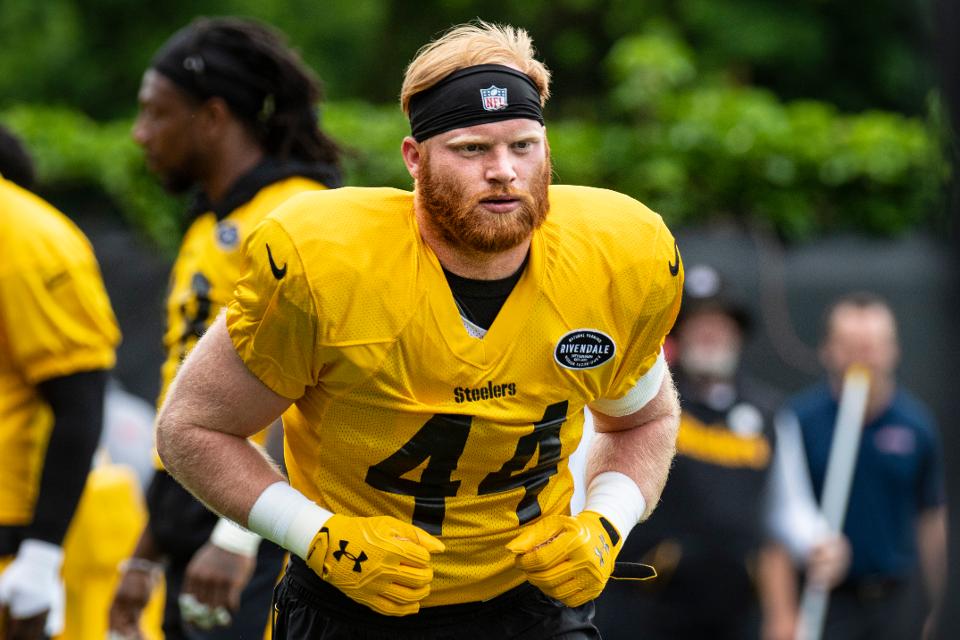 The Pittsburgh Steelers enter the 2018 season with some question marks at the back end of a few positions. These positions usually have talented starters, but would be a cause for concern if a backup would need to step in for a considerable amount of time. These positions either lack starting-caliber talent or experience and could benefit from watching the waiver wire while putting these positions under the microscope. This will better prepare the Steelers for the long run.

After Antonio Brown, JuJu Smith-Schuster and James Washington, the rest of the names aren’t very flashy. Each player offers a different skill set, but few stand out in terms of meaningful depth. Rogers, Heyward-Bey, Tucker and Justin Hunter are the names that stand out, otherwise, the depth at the position isn’t glaring with talent or solid depth. Although there is a plethora of names, I could see the Steelers looking at the waiver wire for potential depth if the training camp play isn’t up to par.

TJ Watt and Bud Dupree are tasked with holding down the outside linebacker position but even Dupree has been a liability on the field and health-wise. Anthony Chickillo hasn’t developed into starting material, or anything close to it. The Steelers chose to not draft an outside linebacker in the 2018 NFL Draft, which was a questionable decision. The talent outside of TJ Watt isn’t great, while Dupree and Adams have shown their injury history is concerning, the Steelers could very well add a veteran to this corps to shore up the injury and talent concerns looming.

Vance McDonald is the starter, but has had trouble staying healthy through an entire season, even thus far in training camp. Jesse James is average, and will do what is expected of him. After those named players, the talent takes a huge dip. Xavier Grimble continuously gets hype every off-season, and then under-performs come regular season. Every year seems to be the year he comes along and reaches his potential. These names should have you worried. The talent here is the bare minimum and the Steelers could really use a reliable veteran for the back end of this depth chart.

Jerald Hawkins was a shoe-in to be the swing tackle and take over right where Chris Hubbard left off. Hawkins suffered a season-ending injury, so the depth at the position is wearing thin. if one of the starting tackles go down, the team should be very worried and will need to be properly prepared. Okorafor seems to be slotted as the next-man up, but his tape at Western Michigan suggests he needs a lot of work and time before seeing the field in any meaningful game action. The Steelers would stand to gain from adding a veteran offensive lineman to the mix.

Out of Williams, Matakevich and Bostic, two are the starting inside linebackers moving forward, but if one goes down, a repeat of last year cannot occur again. The Steelers must be prepared if an inside linebacker is to miss time due to injury. Matthew Thomas is a candidate to make the final roster, but his inexperience is worrisome. A sturdy, reliable, inside linebacker who can spot start without a considerable dip in play could really pay dividends in the long run.