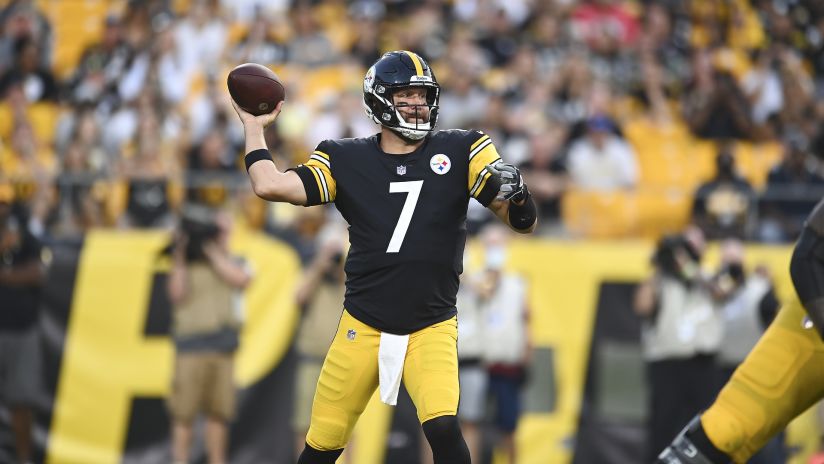 Analysis: This has the potential to go down as one of the better overall draft classes in the Kevin Colbert era if things break right. Harris will be Mike Tomlin’s bell cow while the third and fourth rounders Green and Moore will start at center and left tackle respectively. Freiermuth, who may start, will still get tons of reps while Norwood, Johnson and Loudermilk all made the roster. Harvin takes over the punting duties leaving Roche as the only member of this draft class who was released. He is now with the NYG.

OLB Melvin Ingram has already shown in the preseason that he still has plenty left in the tank. He’s able to play either side of the formation giving him the opportunity to spell either T.J. Watt or Alex Highsmith. Also at OLB is Jamir Jones who made the roster with outstanding Special Teams play but also with solid play on the edge. Ahkello Witherspoon was brought over in a trade with Seattle within the last few days so we still don’t know if that’s specifically for depth or if he could start ahead of James Pierre. Kalen Ballage impressed enough in Camp and the preseason to make the roster. I don’t see him getting many snaps barring injury however. Joe Haeg was one of the earlier signings this offseason. He’ll be the swing tackle to begin the season. Dwayne Haskins is trying to rebuild his career and will begin the season as the Steelers’ third QB after a solid Camp. Listed as a linebacker, Miles Killebrew is more likely to play safety should he be needed. His major role however is on Special Teams. Arthur Maulet comes over from the Jets and will likely be the backup slot corner. Joe Schobert came to the Steelers via trade from Jacksonville and he could be the most important addition simply based on snaps. I don’t see him coming off the field much. Trai Turner has been a Pro Bowl guard and he will need to demonstrate that ability for this young O-Line. 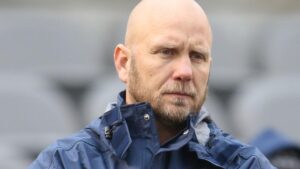 This isn’t an addition as much as it a promotion. Matt Canada is now the Offensive Coordinator with Randy Fichtner gone. Canada brings a wealth of experience as a play-caller from the college level where he had great success in stops at Maryland, Pitt, Northern Illinois and Wisconsin among others. His offense is largely known for pre-snap motion and getting defenses moving side-to-side rather than downhill. He will have two very important duties in 2021. It starts with protecting Ben Roethlisberger with a very inexperienced offensive line and he must re-establish the running game which has greatly faltered in recent years.

How the Steelers Get to the Super Bowl

The old cliche is “It isn’t how you start, it’s how you finish.” The Steelers have struggled late in seasons recently and with the NFL’s most difficult schedule on paper, they cannot afford another late season swoon. Any Super Bowl-bound team must also stay relatively healthy. Significant injuries to any of the team’s key players could be a death knell. Offensively, the unit must protect Seven, run the ball with great efficiency and effectiveness and be near the top of the League in Red Zone success. Defensively, they must do what they’ve done in recent years, sack the quarterback and force turnovers. But they must also shore up the run defense which has been suspect at times in the last couple of years.

Chris Boswell must have a great year and rookie Pressley Harvin III must be able to flip the field and pinpoint his punts inside the ten when needed. Whether Ray Ray McCloud or Anthony McFarland, big returns are always important. Great teams have down games at times and kick or punt returns for touchdowns can counter those moments.

Mike Tomlin has to be on point with his clock management and his overall management of his players with the added game as well. I do not think you’ll see “load management,” a term used in the NBA, from Tomlin. He will do as he always does and goes with what he feels is best week to week.

There must also be an element of luck. Every team, no matter how good, has to be the benefactor of good fortune along any journey to a championship. Whether it’s few injuries, a couple of balls or calls that go the right way, it doesn’t matter. A little luck goes a long way.

The AFC North is arguably the toughest division in pro football. Only the NFC West could potentially rival it. Last season saw the Steelers win the division with both Baltimore and Cleveland making the postseason. Could that happen again this year? To win the division a team must go 4-2 (which the Steelers did last year) or better. Pittsburgh swept Baltimore and split with Cincinnati and Cleveland. At minimum this must happen again. The Bengals will be better but how much is not known and I believe they still finish fourth yet should be highly competitive. In fact, I can easily see a team losing to Cincy being the deciding factor in the race. 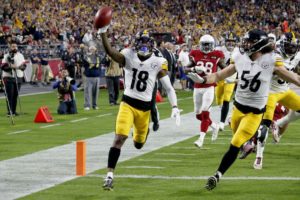 Last year, the Tampa Bay Buccaneers won the Super Bowl despite finishing 28th in the NFL in rushing. Their average yards per attempt was 4.1. The Steelers finished dead last in rushing with an average per attempt of 3.6. That’s over one half yard worse than the 31st ranked Texans. It’s easy to say that number will increase simply because of Harris but it isn’t always that simple. Look for an average per attempt closer to 4.3 for success to be had…. Keep an eye on the number 30 and hope that you don’t see it. That was the number of dropped passes last season by Steelers’ receivers. That was the second most in the NFL behind Dallas. Diontae Johnson and Eric Ebron were the main culprits and to make matters worse, many of those drops would have been good for first downs…. In 2020, Pittsburgh sacked the quarterback 56 times to once again lead the NFL. Assuming T.J. Watt returns to form despite not practicing and if Alex Highsmith continues his hot play from the preseason, should we doubt this team can do it again? Add Melvin Ingram but subtract Bud Dupree and for a short time Stephon Tuitt as well and the task is a daunting one…. How bad were the Steelers last season in play-action? They totaled just 234 passing yards off of play-action in 2020. The next “worst” team was the Raiders with 625 passing yards off play-action. To suggest that this has to improve is a vast understatement. With Ben Roethlisberger under center more, the play-action numbers should increase.

The 2020 version of the Pittsburgh Steelers have led many to expect more than perhaps they should. Even when they stood 11-0, many of us knew they weren’t truly “an 11-0 team.” There were too many cracks in the foundation. Bud Dupree would be lost, the offense was predictable and had no running game whatsoever and Big Ben was not the same QB as he was before the hit to his knee in Dallas. Essentially, the Steelers were a unit that fell somewhere between the one that started unbeaten for so long and the one that finished losing four out of five. So what does this mean for the current team?

There will be growing pains with the offensive line but they should play ‘mean’ and move people when running the ball. The question will center on how well they can protect their 39-year old QB. There is no shortage of weapons at receiver, running back and tight end so this all comes down to the O-Line. Defensively, the current lack of a true ‘nickel corner’ worries me. I am also alarmed by a defensive line that is forced to be anchored by two ‘thirty-somethings’ in Cam Heyward and Tyson Alualu. There is still a lot of talent on that side of the ball though and we should see sacks and turnovers as expected. But can they prevent big plays and shore up running lanes on a consistent basis?

The 2021 Pittsburgh Steelers will be 4-2 heading into their Week 7 BYE Week. Their losses will come at Buffalo and at Green Bay. They will win two out of the next three to stand at 6-3 with eight games remaining. Five of those eight are on the road and this is where I see the decline as the Steelers suffer another late-season lapse to finish at 9-8. It should be enough to make the postseason but I don’t expect any sort of postseason run. 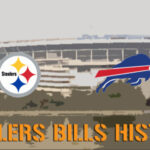