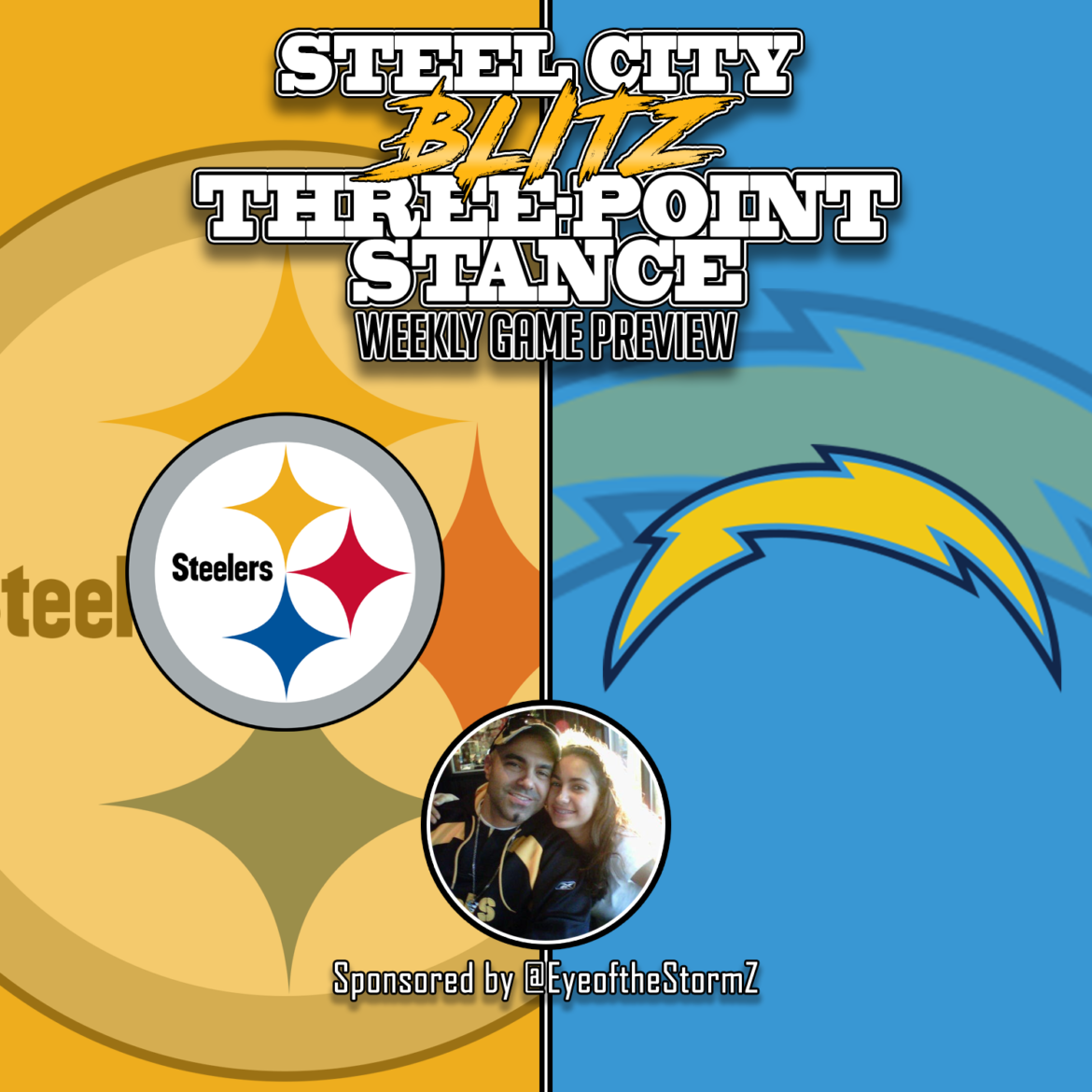 This is the Steel City Blitz Three-Point Stance. Your quick-hitting reference guide to everything you need to know about the Pittsburgh Steelers and Los Angeles Chargers in this week six matchup. The TPS is sponsored by @EyeoftheStormZ.

Weather: Sunny and 65 degrees at kickoff.

This Week in the AFC North: Cincinnati at Baltimore, Seattle at Cleveland

What’s at Stake: Every game in the NFL is a ‘must-win’ game but this one feels that way for both teams. The Chargers cannot afford to fall further behind the Chiefs (4-1) and Raiders (3-2) in the AFC West. For the Steelers it’s simple math. A win by the Ravens over Cincy moves them to 4-2 with a win in hand over the Steelers. If the Steelers drop to 1-5 it will be nearly impossible to recover.

Help the Duck Help You. The love for Devlin Hodges is great and I’m right there with most of Steeler Nation. But the reality is this a rookie making his first career start on the road. That means you have to put him in positive situations as often as possible. Dead ball penalties have to be eliminated. Getting into second and third and short situations will go a long ways towards keeping the game easier for him. This all starts with the offensive line which has underwhelmed so far this season. They have to create running lanes and have to protect against what is likely to be many exotic fronts in a effort to confuse Hodges. Bottom line here is let the kid play his game but give him as many advantages as possible too.

Capitalize! Who would have guessed that after five weeks the Steelers’ defense would be tied with the Patriots for the top spot in turnovers? With 12 takeaways the defense is doing its job but the offense is now out of excuses. While I cannot eliminate the fact the offense has had “QB issues” that can no longer be an excuse. Randy Fichtner has to find ways to get the ball into the end zone. Devlin Hodges May just be the guy to do it too because of his mobility. But it has to be more than that. The skill guys have to make plays when they get the ball. I know it isn’t for lack of effort but someone has to find an extra gear and get into the end zone. If these problems continue this week then I would expect more chippy practices.

The Most Obvious Factor I’ve Ever Written. Cover the damn slot! Last season in Pittsburgh Philip Rivers looked like a kid in a candy store picking apart Keith Butler’s defense by getting his best receiver Keenan Allen into the slot where he would ultimately be covered by a linebacker. In case you’re new to football, that is a HUGE mismatch. If Butler’s D gets beat in other ways then so be it. There is no way however he can allow that to happen again. It’s literally a “fired on the spot” offense. Cam Sutton and Mike Hilton have to be on the field and and they also have to be solid against the run because Rivers is likely to audible to that if he’s seeing nickel and dime packages. Please Keith Butler just make sure this doesn’t happen again.

Predictions: Everything and I mean EVERYTHING, tells me this is another loss for our Steelers. Mike Tomlin on the West Coast… Rookie QB making his first start… Melvin Gordon likely fresh and 100%… I mean it just doesn’t look good does it? This is exactly why I’m thinking the Steelers find a way Sunday Night. The mid-week scuffles at practice will reveal this team is pissed off and tired of losing. With the Chargers being banged up on D I see the Steelers finding some success. Call me crazy but the Steelers head into the BYE week on a high.