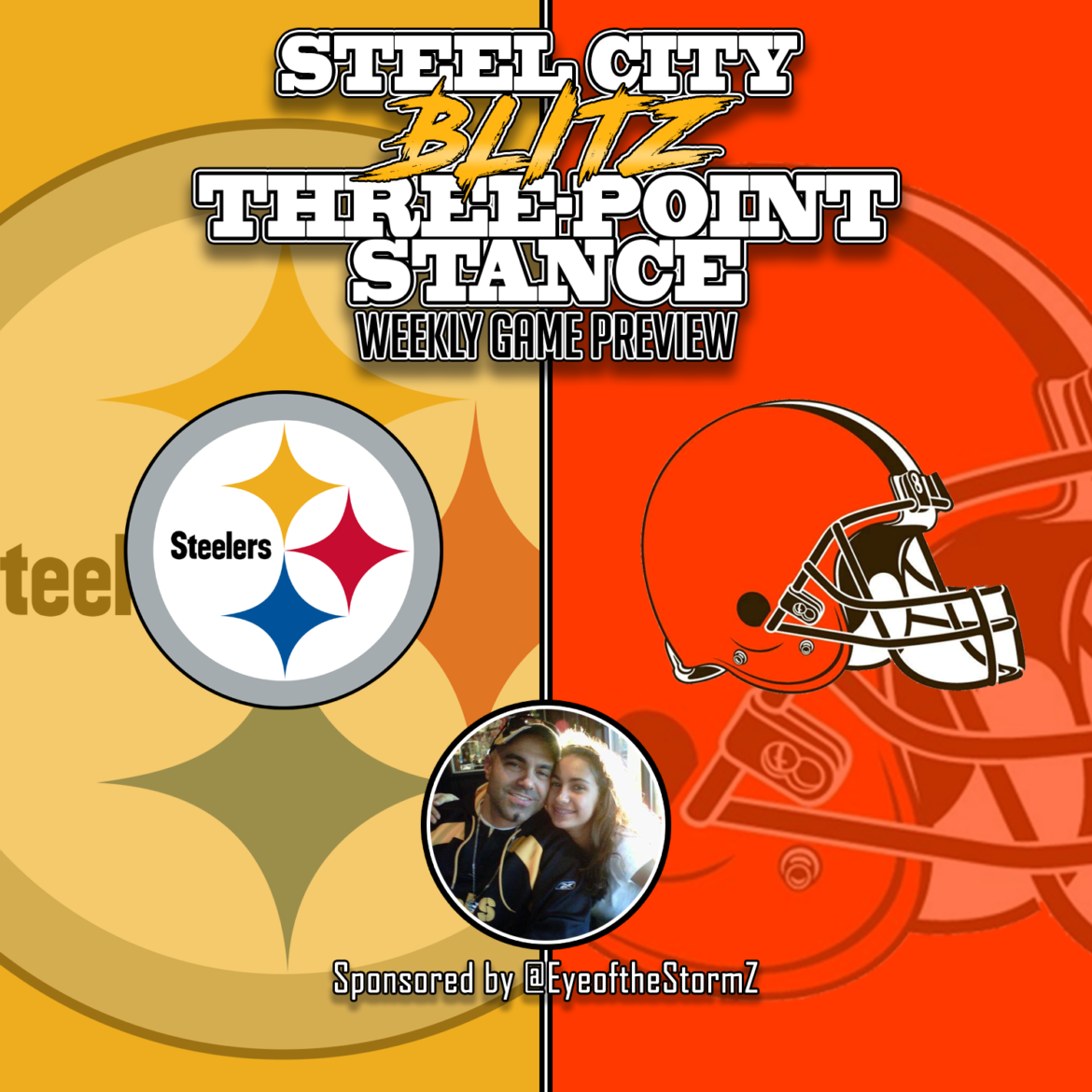 This is the Steel City Blitz Three-Point Stance. Your quick-hitting reference guide to everything you need to know about the Pittsburgh Steelers and Cleveland Browns in this week eleven matchup. The TPS is sponsored by @EyeoftheStormZ.

Last Week: Cleveland got a Baker Mayfield TD pass with under two minutes to go to defeat Buffalo 19-16. The Steelers used defense to knock off the Los Angeles Rams 17-12 in Heinz Field.

This Week in the AFC North: Houston at Baltimore, Cincinnati at Oakland

What You Need to Know: The Steelers have won two straight on Thursday nights and are 10-9 overall. They are 2-1 all-time against the Browns on TNF… They are 2-7 all-time in TNF road games… The Steelers are 5-0 this season when leading after three quarters… Mike Tomlin is 20-3-1 all-time versus the Browns… Since 2007, Browns are 17-55-1 versus the AFC North.

What’s at Stake: The Browns enter this contest on life support. They know that if they lose another game it’s going to be almost impossible to make the postseason based on other teams in the AFC. The Steelers have won four straight and sit in the 6th spot in the AFC but this begins a seven game stretch to end the season against largely teams with losing records.

Stop the Run. I know right? That’s pretty damn simple. “Usually you come up with something more creative…” It really is that big of a factor though because the Steelers have yet to be truly tested on the ground since Stephon Tuitt’s season-ending injury. I thought the Rams made a serious mistake in limiting Todd Gurley II to just 12 carries. He picked up 72 yards and I can easily see Nick Chubb doing the exact same thing.  The Cleveland offensive line is not very good but they can run block. Keith Butler and company need to keep the offensive line guessing so I think stemming along the line will be crucial. But the Steelers have to tackle well too. Giving Chubb second and third opportunities is not a recipe that will work for the Steelers. Stop the run and force Baker Mayfield to withstand the pass rush that he knows is coming.

Do Not Lose on Special Teams. For all of the crappy stats that surround the Browns one area they are very dangerous in is on Special Teams. They rank in the upper half of the NFL on punt returns, kick returns, field goal kicking and and punting. No one is asking Danny Smith, professional bubble gum chewer, to come up with something radical. He needs to make sure his units are sound and effective. Limit big returns, do not get flagged, do not run the ball over… These are very basic expectations but the minute we lose focus on them is when they bite us in the rear end. The Steelers must also settle their punt and kick return games and with Ryan Switzer hurting (back injury) this may be the week to do it. Smith has to get more out of his return teams while maintaining solid play on all of the others.

Ride With James Conner. Ride with a guy who can’t stay healthy you are probably asking right? Well in this case yes. The Steelers have proven they can still win games without him but when they have him they might as well use him. In six career games against the Browns Conner is averaging 97.3 yards per game on the ground and is just a tick under five yards per carry. While his shoulder is no doubt less than 100%, the two game hiatus should have given his legs some well-needed rest. If I’m Randy Fichtner, I’m seriously considering using both Conner and Jaylen Samuels in the backfield together. Make the Browns defend both the run and the pass out of the backfield. Samuels has proven his worth as a receiver and outside runner so that threat is important. But frankly, the best way to win this game is to take advantage of a Browns’ defense that ranks near the bottom against the run. That ultimately begins and ends with Conner.

Prediction: Everything in my gut tells me the Steelers are due for a let down and this seems like the perfect time for it. They’ve won four straight games including two straight physical contests… They have a few days off coming after this game and they have to travel, albeit not long, to a rival that is dying to beat them and on short rest. That rival also has to win to keep any hopes of the playoffs alive. Throw in what is sure to be a rowdy crowd and everything adds up to a Steelers’ loss. And that’s exactly why I believe they’ll win. If they survive the early emotional wave stay within ten points the chance at victory is there. Stop Nick Chubb, force Mayfield into mistakes and take care of the ball.