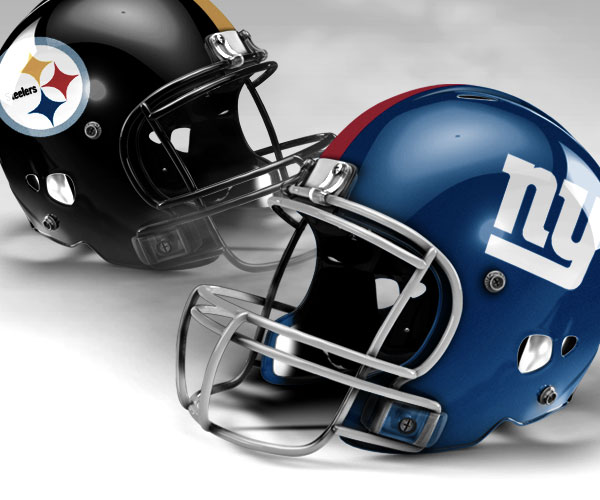 Last night the Pittsburgh Steelers lost 20-16 to the New York Giants in their first preseason game of 2014. The Steelers’ defense gave up a late touchdown pass by Curtis Painter. QB Landry Jones moved the Steelers into Giants’ territory late but a fumble by Martavis Bryant ended the team’s chances.

-The injury list is as follows; Ramon Foster was poked in the eye on the second series and didn’t return. Troy Polamalu didn’t dress and that was simply due to rest.

-Rookie free agent Josh Mauro played well making the decision on who to keep and who not to on the defensive line that much harder.

-Craig Wolfley said during the radio broadcast that he thought Mike Adams was having a good night. He was better in pass protection which is good. Bad news is that he was facing second and third team opponents. -Rookie free agent Howard Jones scored the Steelers’ only touchdown on a fumble return of 28 yards in the fourth quarter.

-Bruce Gradkowski was 8 for 12 for 66 yards while Ben Roethlisberger was just 1 for 2 for 46 yards. The one completion went to rookie Dri Archer on a nifty little screen and run.

-Jarvis Jones recorded a sack of Eli Manning late in the first quarter.

-Get used to long preseason games. The flags are going to continue flying at a massive rate.

-Can’t even begin to tell you how great it was to see Sean Spence play. He started for Ryan Shazier who continues to be out with a minor injury. Spence played very well and should be proud of his effort.

-Landry Jones looked considerably better than he did a year ago. He was the victim of several drops by receivers and put it on the money to Bryant who had the first down and then fumbled.

-Here’s the Tribune-Review’s Alan Robinson’s take on the game.

-The big run by the Giants’ Rashad Jennings was hopefully not a sign of things to come. The problem is that with a newer defensive line, giving up gap integrity could be an issue for awhile. Stephon Tuitt was doubled, Cam Heyward was blown off the ball and Lawrence Timmons was pancaked. Not a pretty sight.

-Punter Brad Wing has been given a git of sorts with Adam Podlesh still absent from camp. Wing didn’t do a whole lot to help himself with a 21-yard punt that led to a Giants’ score. He recovered with some better punts in the second half.

-The Steelers have seen very little of rookie linebacker Jordan Zumwalt but he looked good in limited action.

-Any idea what Mike Tomlin had around his neck? 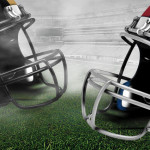 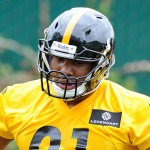 Conspiracy Theories About Dwyer are Making the...

Well it wasn’t a bad game but at the same time it wasn’t a good one either. We saw a small flash of what both Wheaton and Archer can do and I want more. However there was the bad side of things: The D gives up a 70yrd+ run in the 1st Quarter and after Bell and Blount left for the night the other backs looked horrible, they looked terrible. Landry Jones was getting blitz on almost every single pass play and it shows you what the giants thought of him: “Blitz him and he will crack” So while I see some good the bad stuff needs to be fixed if they want a better season than 8-8 from the past 2 years.

I agree Vittorio, it wasn’t a train wreck but it sure wasn’t smooth either. I thought the first team offense got off the ball ball well and Bell ran with authority.
Game three will be the most important one in terms of gauging where this team is headed.

True but for now it’s Buffalo that the Steelers have to focus on next. Now I already know they are going to take a few shots down field with Watkins against either Ike or Cortez so there is the first challenge. But I’ll wait until you make a post on that game for me to make a comment on the matchup.