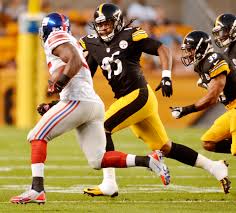 TV: KDKA in Pittsburgh. Catch the replay on NFLN at 12am Sunday.

Synopsis: The Steelers look to pick up where they left off after finishing strong in 2013. Look for the Steelers to run the ball a lot tonight in an effort to get the running game going heading into the season. The Giants beat Buffalo in last week’s Hall of Fame Game 17-13 behind the running of rookie running back Andre Williams.

-Teresa Varley of steelers.com had a nice piece on the Steelers heading into the preseason opener. From William Gay, “We are going to fight to win.”

-The Tribune-Review’s Mark Kaboly echoes the sentiments of Steelers Nation when he say the Steelers are eager to see what Dri Archer can do.

-The Florida State Attorney’s Office is still deciding whether charges will be filed against center Maurkice Pouncey related to an incident at a South Florida nightclub. At this point, it sounds like even if he is charged, it will just be a misdemeanor.

-Video for today is… Ever see this awesome play from Big Ben in college? 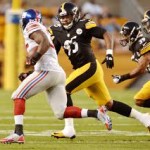 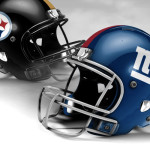