The pot is growing…. We are now up to $1,800 as we head into week nine of the NFL Season. This week’s goals were selected by me which more than likely means someone is going to win. Remember! All entries due by 8pm Eastern Saturday night.

-Winner will receive $1,800. If multiple winners in one week, the pot splits accordingly. If there is no winner the pot will increase by $100 per week until a winner. 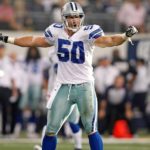