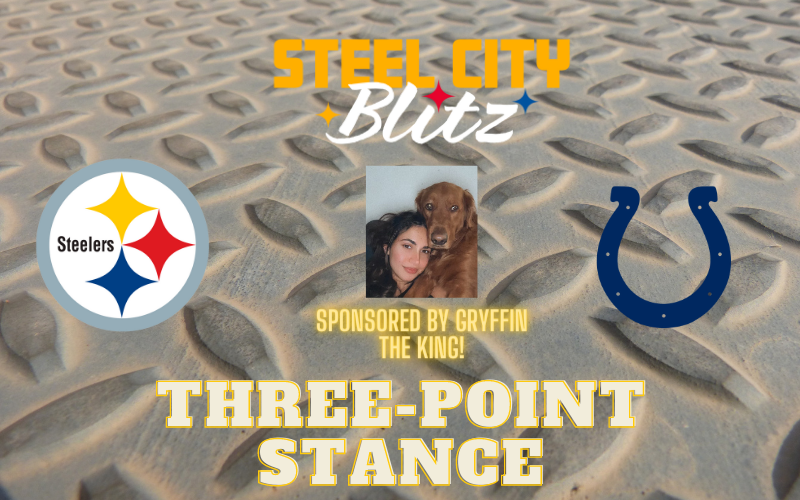 It’s week 10 and the division race is heating up in the AFC North. This week the Pittsburgh Steelers look to win their second straight game as the rival Cincinnati Bengals come into the Steel City.

What: Pittsburgh Steelers 3-7 at Indianapolis Colts 4-6-1

Last Week: The Steelers dropped a 37-30 decision to the Cincinnati Bengals while the Colts blew a double-digit lead and lost to the Philadelphia Eagles 17-16.

Head Official: Bill Vinovich. Vinovich is a CPA who attended the University of San Diego. He’s been a head official for 14 years. His last time doing a Steelers’ game was exactly one year ago today when he called the team’s brutal home loss to Cincinnati. There were just seven accepted penalties that game.

Injury Notes: I’m curious to see what the Steelers do with Jaylen Warren unavailable. DO they get Master Teague involved a week after bringing him in or do they stay with Benny Snell? If Spillane can’t go I’m guessing we see more of Terrell Edmunds in the box.

What You Need to Know: The Steelers have seven straight games against the Colts… With 51 Monday Night Football wins the Steelers are tied with the 49ers for the most all-time… With 22 MNF road wins, the Steelers are second all-time to the Cowboys… The Steelers are 0-6 when they trail after the first and third quarters… Alex Highsmith has 12 sacks in his last 13 games dating back to last season… Pittsburgh’s offense has scored 139 points when they’ve been in the Red Zone while the defense has surrendered 141 points when the opponent has gotten into the Red Zone.

What’s at Stake: The Colts are still very much in play for a playoff spot especially in the AFC South but they have to win a game like this in order to keep those hopes alive. Speaking of hopes… The Steelers are now in ‘must-win’ mode from here on out. While not mathematically eliminated they have no margin for error.

1. Build On It. No one likes moral victories especially when it comes to the NFL. Rather than call it that, I just simply say “build on what you did well the week before.” In this case I’m talking about the offense scoring 30 points. That’s the first time all season and while they played well in the first half and quite horribly in the second, there are good things to build on. Getting the running game going early will be huge not just for the offense but also for Kenny Pickett who has to show improvement from one week to the next.

2. No Excuses. You’ve probably heard by now that the Pittsburgh Steelers have the highest paid defense in the NFL. One problem, they aren’t playing like it. Yes, T.J. Watt isn’t 100% yet and likely won’t be this season. Yes, the cornerback play has been below average. Yes, the linebacker play has been average at best save for maybe Myles Jack. Here’s the thing though. The defensive line is not getting it done. Cam Heyward has had a nice season but it hasn’t been his best. Tyson Alualu is playing out his final days after a solid career and only Larry Ogunjobi has been able to match Heyward’s consistency but he’s missed some time too. These guys have to pick it up and that includes Montravious Adams as well. This is a great time for this defense to prove its worth.

3. A Challenge to the Receivers. Look, I get it guys. You’re all frustrated because you’re stuck with a rookie quarterback, inconsistent offensive line and horrendous play-calling. But don’t don’t lower yourself to the point where you’re no longer trying or no longer hustling. In recent weeks, we’ve seen all of you, from Diontae Johnson to George Pickens, give up on plays. It’s hard, I know… The team is going nowhere and you feel like the season just won’t come to an end but be better than that. Other Steelers’ teams have struggled too and it’s frustrating. Steelers’ fans appreciate effort and if you’re not giving it you’re going to hear about it.

Prediction: Historical trends are hard to ignore. Seven straight wins and a massive overall advantage over the Colts make it easy to just say, “Gimme the Steelers in this one.” The Colts were riding high after their win in Jeff Saturday’s debut. They had their second win in their grasp until Jalen Hurts and the Eagles woke up. How will they bounce back? For me it’s easy. They’ll look to their running game to set up Matt Ryan and their play-action passing game while forcing the Steelers to be one dimensional on offense. Can all of those things happen? Of course they can! But I just have a feeling we see a big night from Najee Harris and the defense rises up. Call me crazy…