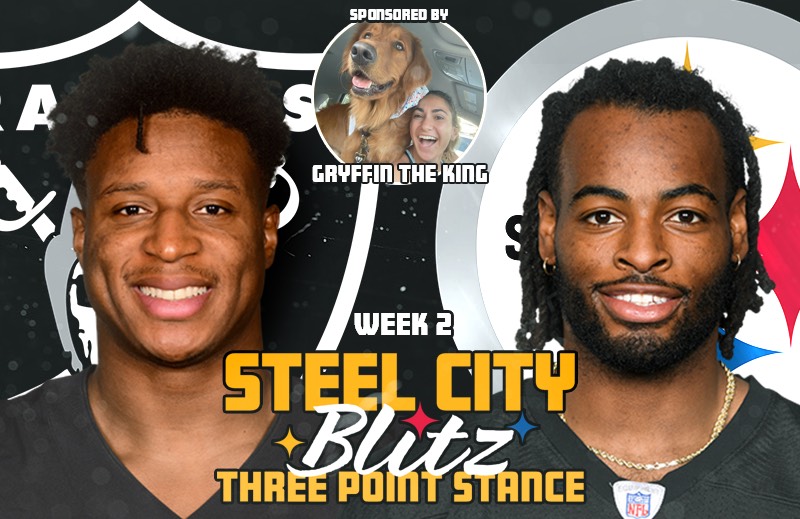 An old AFC foe comes to Pittsburgh as the Las Vegas Raiders come to Heinz Field to take on their rivals the Steelers. Here’s everything you need to know for the game. Key stats, factoids, predictions, keys to the game and more!

Weather: 80 degrees and sunny at kickoff. Winds should be light.

Last Week: The Raiders opened at home with a thrilling 33-27 overtime win over Baltimore while the Steelers surprised everyone with a 23-16 win in Buffalo.

Head Official: Jerome Boger. Boger is in his 15th season as a head official in the NFL. Last year marked his first appearance officiating a postseason game since 2012. His only appearance in a Steelers’ game in 2020 came in the season finale at Cleveland.

Injury Notes: At this time, none of the Steelers’ injury concerns are thought to be serious. The D-Line rotation should remain pretty solid even without Davis. The Raiders are banged up big time. They also lost a starting guard and defensive tackle last week.

This Week in the AFC North: Cincinnati at Chicago 1pmET, Houston at Cleveland 1pmET, Kansas City at Baltimore SNF 820pmET

What You Need to Know: Jon Gruden is 57-55 all-time as Coach of the Raiders and he is 1-3 in his career versus the Steelers… Pittsburgh is 51-34-3 in all-time home openers and they are 16-4 in home openers at Heinz Field… They’ve lost two of their last three however… Ben Roethlisberger now has 47 fourth quarter comebacks. He leads the Steelers and is fourth all-time in NFL history… The Steelers started five rookies on Sunday (Harris, Moore, Freiermuth, Green, Norwood). The last time this happened was 1991… T.J. Watt has 34 career sacks in 32 games at Heinz Field.

What’s at Stake: Both teams enter 1-0 on the season and understand that they are in competitive divisions where every win is crucial. For Las Vegas this is a chance to get a big win on the road in a tough environment. For the Steelers, it’s their first time in front of a packed Heinz Field since 2019 and they’ll look to take advantage of that.

1. The “End” of the Story. Last week in Las Vegas, the Raiders made life miserable for Ravens’ QB Lamar Jackson. The two main culprits were defensive ends Yannick Ngakoue and Maxx Crosby. It was Crosby in particular that gave ex-Steeler Alejandro Villanueva fits with his speed, power and length. The task now falls on the shoulders of Chuks Okorafor and rookie Dan Moore. I think it is very likely that you’ll see Najee Harris chipping on Crosby and/or Eric Ebron and Pat Freiermuth staying in to help on the edges. The best way to eliminate this may be Harris running the ball well. Regardless, if these two can’t be slowed down then it could be a very long day for the Steelers’ offense.

2. “Wall” Him Off. Raiders’ tight end Darren Waller was targeted 19 times last Monday Night and grabbed ten of those. Mike Tomlin compared him more to Chase Claypool than any tight end he’s seen and I would agree. To me, this is exactly why the Steelers went out and got Joe Schobert. He was one of the best coverage backers in the NFL proving as much last week. He will not be the only one on Waller though. I expect rotation of players from Minkah Fitzpatrick to Tre Norwood to Arthur Maulet also being part of keeping him at bay. I don’t have to tell you that the Steelers have struggled to contain great tight ends over the last decade plus so limiting his catches and his run after the catch potential will be huge on Sunday.

3. Ride the “Wave”. For the first time since the 2019 season, Heinz Field will be at full capacity. If you are lucky enough to be in attendance then I have some demands of you. You owe it to the players to be loud. You should be waving that towel the minute you walk in the place. Show these guys how much you missed them. Think of how they had to play in empty stadiums or in stadiums with five or six thousand. Trust me when I tell you the players and coaches want Heinz Field rocking on Sunday. That’s no guarantee of victory but let me tell you, it goes a hell of a long ways towards one! Wave it!!!

Prediction: The Las Vegas Raiders have talent. Derek Carr has a big time arm. Josh Jacobs is very good as is Waller and they have speed and quickness at receiver. Defensively they will come after Big Ben and will be relentless throughout. They are also dealing with injuries too. They lost a starting guard for the season and are now without defensive tackle Gerald McCoy for the season too. This game comes down to two things ultimately. Who can protect their QB better and who can establish the run better. While it would not shock me one bit to see the Raiders pull off a win Sunday I think there’s too much going for the Black and Gold. 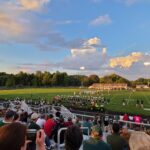