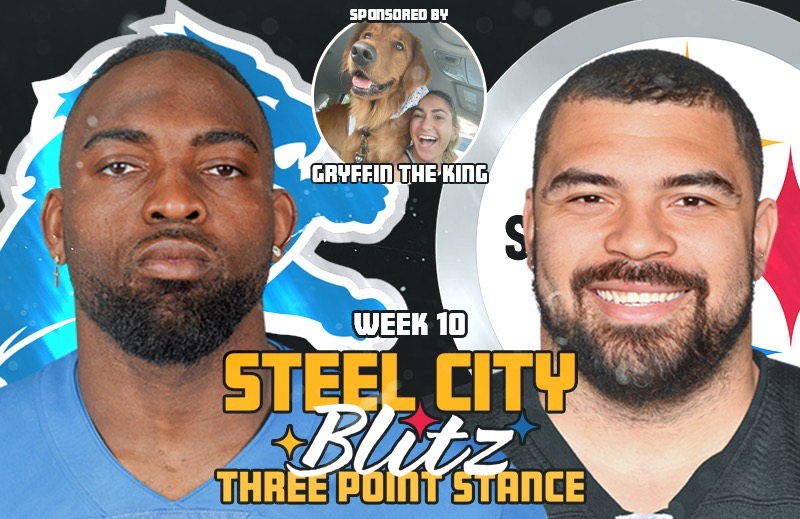 We’ve reached double-digits! It’s week ten of the 2021 National Football League Season. This week the Pittsburgh Steelers host the Detroit Lions. Here’s everything you need to know about the contest.

Last Week: The Lions enjoyed their bye week while the Steelers needed a late Chris Boswell field goal to beat the Bears 29-27.

TV Coverage in Your Area: Check the506.com for coverage in your area.

Head Official: Land Clark. This is Clark’s second year as a head official in the NFL. Sunday marks his first time officiating a game for the Steelers. He is a graduate of Sevier Valley Tech in Utah. His regular occupation is that of a Chief Building Officer.

Injury Notes: The Steelers look healthy but they are depleted at wide receiver and Najee Harris and Ben Roethlisberger are both banged up… The Lions are without key players as well including their kicker and they’re thin at RB and OL.

UPDATE: Ben Roethlisberger has been placed on the Covid-19/IR List and will not play today. Mason Rudolph will start at QB.

What You Need to Know:  Monday Night was Ben Roethlisberger’s 50th career game-winning drive… Mike Tomlin’s career record in November is 39-19… Tomlin has reached 150 career wins… The Steelers are 39-29 in games following a Monday Night appearance. Last year they defeated Indy and Denver in such situations… Pittsburgh is 11-8 under Tomlin on five days rest… Pat Freiermuth is the first Steelers’ tight end to catch two touchdown passes in a game since Heath Miller in 2005 in Baltimore… Tomlin was 0-3 in his career entering last week’s game against the Bears. He is 3-0 in his career against the Lions… T.J. Watt, if he can get to 13 sacks, would join Reggie White as the only player to do that in three straight seasons.

What’s at Stake: With a victory the Steelers can move to the top of the AFC North following Baltimore’s loss on Thursday Night. Detroit is looking for their first win of the season and has not won in Pittsburgh since

1. Get back on Track Offensively. The Bears came in last week struggling but they had a good defense. What we didn’t expect was to see the offensive line take a step back. Understand first that this is fairly normal. Think a baby learning to walk. Sure, there will be some awesome first steps but moments later there will be some bad ones. In other words it takes time to build momentum. Part of getting back on track may involve Zach Banner but I’m in no position to say it WILL this Sunday. Regardless, the Steelers have to get back to running the ball and that means “push” upfront. Najee Harris doesn’t need much but he needs something. Kendrick Green has to be better at limiting penetration especially in short yardage situations. Oh and there’s that “protect Ben Roethlisberger” thing too.

2. Get Goff. When Lions’ QB Jared Goff came into Pittsburgh as the QB for the LA Rams, he had a miserable day. He was sacked four times, threw two interceptions and was harassed all day by the Steelers’ defense. If Keith Butler could, he would simply hit “rinse and repeat.” While that seems simple, it’s a new season and Mason Rudolph isn’t quarterbacking the Steelers either. I fully expect the Steelers to get after Goff who does not handle pressure well and if they can limit the rushing attack it will put more pressure on him. This is a far different animal than we saw last week in Justin Fields. I expect more man to man coverage as the fear of Goff running isn’t as great as it was Monday night.

3. Put’em Away. I say this as much for my own health as anything but I don’t think I’ll find many arguments. The Steelers desperately need a game where they can put an opponent away. We’ve seen twice in the four-game winning streak where they have had 14-point leads in the first half only to see them evaporate and give all of us in Steeler Nation multiple heart attacks. This isn’t just about the offense either. The defense has to do it’s job at locking things down and the Special Teams units cannot turn the ball over either. Pressley Harvin III could use some more consistent punting as well in an effort to keep the field advantage on our side. Regardless of how it is done, it’s time to put a team away.

Prediction: For those of you that don’t know, I live in Southwest Michigan which is filled with fans from both Chicago and Detroit. I survived Bears’ week (barely) and now I have to survive the winless Lions. I will never hear the end of it if their first win is against our Steelers IN Pittsburgh. Therefore I thoroughly expect my beloved Black and Gold to squeak out another win. It will be pretty at times and ugly at others. That’s our current team. Look for a lot of throws towards Diontae Johnson and Pat Freiermuth as well as heavy doses of Najee Harris in the passing game as well. I also am calling on the defense today to get a score. Pittsburgh gets a late score to cover. Don’t let me down! 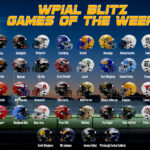 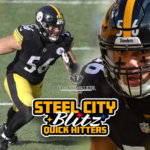