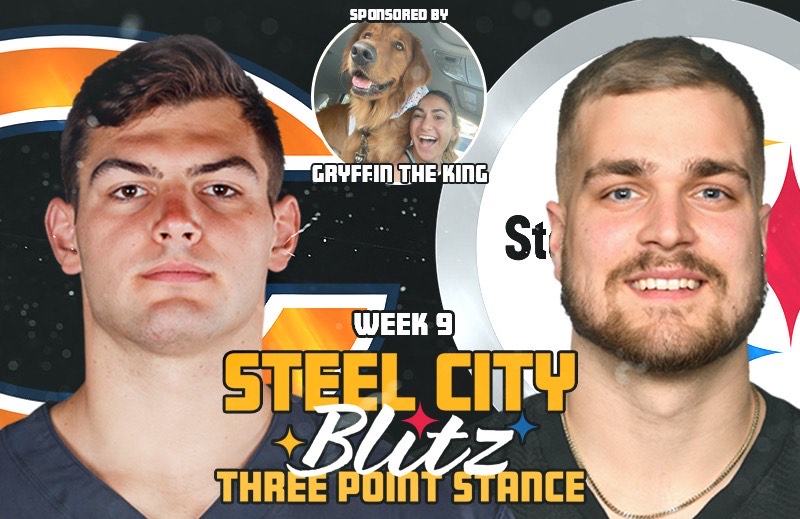 It’s week nine and the Pittsburgh Steelers are coming off of a big win in Cleveland. They return home to face the pesky Chicago Bears who have given them fits in recent years. Here’s everything you need to know about the game!

Last Week: The Bears hosted the 49ers and came away with a 33-22 loss while the Steelers went to Cleveland and defeated the Browns 15-10.

TV Coverage in Your Area: National TV Audience (There is no Manning Brothers simulcast)

Head Official: Tony Corrente. Since 1999, Corrente has served as a lead official. The Steelers last saw him in Dallas last season. He was also the official for the infamous “Jesse James Catch that wasn’t a Catch” games versus the Patriots.

Injury Notes: Big Ben is banged up but will get the start. With Khalil Mack out that will hopefully help Roethlisberger stay upright. No Eric Ebron again for the second straight week but the rest of the team is in pretty good shape for week nine.

This Week in the AFC North: Cleveland at Cincinnati 1pm, Minnesota at Baltimore 1pm

What You Need to Know:  The Steelers have an all-time record on Monday Night Football of 49-25-0 which is the best in the NFL… They are tied with the 49ers for most MNF wins at 49… Pittsburgh ranks first in wins (15) over NFC opponents on MNF… The Steelers have 27 MNF home wins which is good for third all-time… Prior to last December’s loss in Cincinnati the Steelers had won nine straight MNF games… Pittsburgh has won 19 straight home games on MNF and has never played the Bears before on MNF either… Mike Tomlin is 16-3 all-time on MNF… Tomlin has never defeated the Bears going 0 for 3 against them to this point…

What’s at Stake: The Bears are 3-5 and have lost three straight. They are literally fighting for any chance whatsoever to gain entry into the postseason. Perhaps even more important is that head coach Matt Nagy and his staff may be fighting for their jobs. In Pittsburgh, the Steelers have won three in a row and if things break right this weekend they could find themselves near the top of the AFC North.

1. See the Field(s). Justin Fields is a very typical rookie QB. He’ll make some mistakes and he’ll make some great plays too. Because of his athleticism, the Steelers can’t afford to sleep on him. He will look to run in some situations and he’ll also take off on some designed runs as well. Keith Butler’s charges must tackle well, something they’ve struggled with this season, and most importantly they must contain Fields. The Bears’ running game is solid. Pittsburgh cannot afford to get lazy here because that only helps Fields get more comfortable when throwing. Bottom line here? Force the rookie QB into poor decisions and bad mistakes.

2. Fight History (and Complacency). The Pittsburgh Steelers have lost three straight to the Bears and each of those three losses was ugly in its’ own way. Believe it or not, the last time they beat Chicago was when Jerome Bettis trucked Brian Urlacher on the way to Super Bowl XL. There’s nothing today’s players can do about the past but there is something that can be done about last week. Last week you ask? Yes. Last week was a brawl in Cleveland and it was an emotional win after last year’s playoff debacle. Can the Steelers answer the bell this week? Can the leaders inspire the younger players keep their same level of intensity against a weaker opponent? It’s a game the Steelers should win but will their minds and bodies agree?

3. Run to Pass. We saw some creativity last week from Matt Canada in the running game and that needs to continue this week. The Bears’ have a solid defense with two very good pass rushers (Mack is OUT which should help even more) on the edge. After last week, the Steelers should not be caught off guard. Don’t be surprised to see more of Zach Gentry and sprinkles of Derek Watt in order to get Najee Harris going early. The goal here is to back off the Bears and allow Ben Roethlisberger, who is banged up, to run some play-action and get comfortable. Accomplish this and the Steelers’ offense should be on their way to an impressive showing.

Prediction: I enjoy a good horror movie from time to time and unfortunately, many of those have involved the Pittsburgh Steelers playing down to the level of their competition. There is no way with how the Black and Gold are currently playing that they should lose this game. It’s primetime where both Mike Tomlin and Ben Roethlisberger thrive. The team is wearing their ‘color rush’ uniforms in which, they’ve gone 6-1. And most importantly, the players have to recognize the importance of getting these two wins at home before their daunting stretch of games which are mostly away, begins. 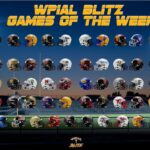 November is a Great Time to Get Involved with Draft Kings