SCB Steelers Three-Point Stance; How the Steelers Kick the Colts 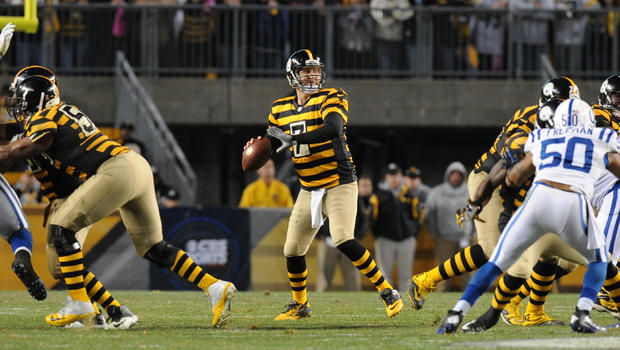 AFC foe and possible first-round playoff opponent Indianapolis comes to the Steel City for a huge game loaded with playoff implications. Both teams are fighting to stay in the playoff hunt and losses for either could be devastating to their respective chances.

Weather: 41 and partly cloudy by kickoff

Rabble TV: SCB will be calling the game live and interacting with you the fans. Click here to tune in!

What’s at Stake: By the time the Colts kickoff on Sunday night, they’ll know what the Texans have done as they play a crucial game at Buffalo. Currently, the Colts and Texans are tied at 6-5 atop the AFC South. While technically still alive, the Steelers can pretty much kiss the division title goodbye. They’ll also be paying close attention to what happens in Buffalo as well as the Chiefs’ trip to Oakland and the Jets’ game versus the Giants. It really boils down to this for the Steelers; they can only afford one more loss in their last five weeks in order to control their own destiny.

All-Time Series: Steelers lead the all-time series 15-6 and have a 5-0 record versus the Colts in the playoffs. The Steelers have only lost twice to the Colts in Pittsburgh in 16 overall games.

Duh…. Improve the Pass Defense Look, it’s normal to have a pass defense that ranks a little lower when your defense is good against the run but what we’ve seen recently from the Steelers’ is just plain bad. The poor numbers against the pass are due to a sketchy pass rush and total incompetence in the secondary. The Steelers have no choice but to get better even against 40-year old Matt Hasselbeck who is unbeaten in his four starts this season as the Colts’ signal-caller. Regardless of whether we see more Brandon Boykin or Rob Golden or Doran Grant, we need to see better tackling and more discipline in zone coverage. If those things don’t come together, the season will unravel quickly.

Ahem!!! Balance Todd, Balance! Last week I said one of the keys to beating the Seahawks was to find balance on offense. 55 pass attempts later, the Steelers left Seattle with a loss. While I’ve always been an advocate of throwing early to set up the run later, Haley has to get more touches for DeAngelo Williams in the running game. I’m not suggesting by any stretch that you take the ball out of Ben Roethlisberger’s hands, I’m saying the better the running game the better Big Ben is in the passing game.

Let Your Best Players Win the Game Mike Tomlin. Stop going to the “Todd Haley School of Over-Thinking It” and stick with your best players and best plays. If it’s 4th and 2 and you want to go for it then leave your all-pro QB in the game. If Jarvis Jones is playing well and James Harrison isn’t then let Jones play. We are at a point in the season where your best players have been established and it’s high time to ride them to victory. Don’t get cute anymore Coach. Stick with the people who got you where you are. 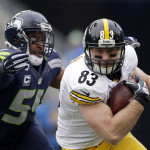 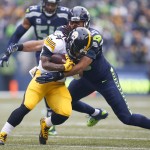 Hey Steelers Fans, It Wasn’t Coaching. It Was Bad Football

Mine will be among the first!

That’s fine but let’s say Boykin does play and they still give up yards to the Colts what will you say then SteelerBill?

There’s no sure thing regardless of it being Boykin and/or Grant and/ or Golden. I think just finding some consistency and eliminating the big plays is what most are looking for.

I appreciate steeldad’s balance key but would say be aggressive. Take shots deep early with Bryant, Wheaton and DHB. Attack the Colts Secondary and don’t take your foot off the gas pedal. Here is a key for the D to succeed: Get Sacks and Turnovers. If the Steelers get those 2 things from the D the Steelers will win this game.

I don’t mind being aggressive at all. I think they can actually be more aggressive if the running game flourishes early on. Sets up the PA pass down the field.