The Pittsburgh Steelers got their ‘much needed’ first preseason win last night as they beat the New Orleans Saints 27-14 in the Big Easy. Here are my observations from the game in ‘quick hitting’ style.

With Ben Roethlisberger, Antonio Brown and company running the offense, things started to click right off the bat as the first eight plays of the game were all passes.

My first reaction was how good Big Ben’s footwork was. his scrambling has always been good but I thought his footwork in the pocket was great. He looked light on his feet and more nimble than I’ve seen him in recent years.

It was really nice seeing Le’Veon Bell on the field. I’m tired of his off-filed stuff so it was refreshing to see him do his thing despite the first half fumble.

What can you say about AB? He gets interfered with and still catches the pass and runs in for the score.

It’s clear to me that Roethlisberger has a nice rapport with Jesse James and is working hard to develop it.

Marcus Gilbert left with an elbow injury that looked worse than it was. Mike Tomlin is calling it a ‘hyper-extension.’ I doubt he plays next week.

Cam Heyward left with an ankle injury and appeared later with a boot. Do not jump from a bridge here; boots are very common for even basic sprains now-a-days. Again, Tomlin did not see it as “serious.” I don’t see him playing next week either.

I really like Eli Rogers but I have one concern. I’m not seeing the elusiveness that a slot guy needs in this league. Perhaps it will come with more confidence. Either way, he catches the ball well and that’s an important first step. He did however have a little hiccup on a punt. If he isn’t going to catch it then he needs to get away from it.

Landry “freaking” Jones looked like a new man after last week’s four-interception debacle. He looked so much more confident and threw the ball a thousand times better. The touchdown throw to Sammie Coates was a perfect example as he put the ball towards the back of the end zone where only he could catch it.

There’s no question the toughest cuts are going to be at linebacker. L.J. Fort, Tyler Matakevich, Steve Johnson and (insert more names here) are all vying for what we believe will be ten total spots. Some good players won’t be on this roster in a couple of weeks.

I continue to be impressed with Javon Hargrave. He was double-teamed on one play yet still managed to chase down the runner for a short gain. He’s not the second coming of Mean Joe but I like where he’s headed.

While linebacker choices will difficult, receiver spots won’t be any easier. Cobi Hamilton has been impressive and with his size, he might have a shot. The problem is that there will be a couple of solid guys headed for the practice squad.

I thought Jarvis Jones, in his first action of the year, looked really fast and he drew a holding penalty as well. The problem with this is that this has kind of always been ‘Jarvis Jones.’ He always seems to be one step away doesn’t he?

The Steelers will make their first round of cuts in the coming days. I don’t expect too many shockers. That usually happens in the final cut-down. 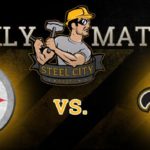 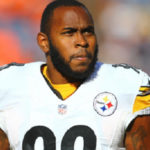