SCB Steelers’ Quick Hitters: The “When Will the Bell Toll?” Edition

Let me be blunt right off the bat; I’m over Le’Veon Bell. Here’s the deal. As soon as he signs his Franchise Tag, that money is guaranteed whether he plays all 16 games or not. So at this point, why not sign the damn thing and come join your teammates? Well, from his viewpoint, Bell doesn’t want to do anything that could hurt his long-term chances at a huge payday and I get that. But Bell does himself no favors when he is constantly putting himself on social media and using these cryptic tweets that his teammates no doubt see. When Bell returns, I hope for his sake he plays well and doesn’t get hurt because otherwise the fan base will be unrelenting on him.

Tweet of the Day #1: Bell was asked on Twitter when he planned to return. This was his response.

So if Bell does in fact wait until then he will have missed all four preseason games. Some people argue he’ll be fine because he doesn’t take much contact in preseason anyway. I hope they’re right. All I know is I’m tired of seeing and hearing him on social media.

I think L.J. Fort is doing everything he can to make this roster and I believe he will. He played very well on Sunday and already had an advantage over Steve Johnson who left the game early with a hamstring injury. Fort is locked in as the number four inside backer and is a solid special teams’ player as well. More than deserving!

Tweet of the Day #2: Cam Heyward has serious concerns over the big NBA trade yesterday.

Will kyrie regret this?

Depth on the offensive line seemed pretty solid and it probably still is with Chris Hubbard, B.J. Finney and Jerald Hawkins locked in. But Coach Mike Munchak usually likes one more guy and the question is who will that be? Based on what I’ve seen so far it’s an absolute toss up.

The third preseason game is always the one where coaches view it as much as a ‘dress rehearsal’ as any other week. This means that most starters usually play and the ones I’m looking for are Ryan Shazier and Mike Mitchell. Neither one has played so far in the preseason and in would be nice to see them even if briefly. 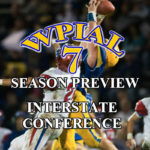 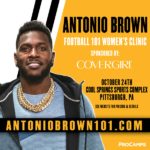