SCB Steelers’ Quick Hitters: The “What a Wild Week” Edition

Good Labor Day to you Steelers’ Fans! I hope you are enjoying a much-needed day off!!

The last week has seen an unprecedented amount action by the Pittsburgh Steelers. From the trade that brought in tight end Vance McDonald to the trade last night that brings depth to the safety position, Kevin Colbert and the front office have been very busy. I pointed out last week that there is no longer any doubt as to whether this team is in ‘win now’ mode. I don’t know what more evidence you need.

So to recap… The Steelers traded a fourth round pick to San Francisco for McDonald and a fifth round selection… The Steelers then signed cornerback Joe Haden for three years and $27 million. Sent Sammie Coates and seventh round pick to Cleveland for a sixth rounder… The team got its’ roster down to the mandatory 53 men, signed nine men to the practice squad then traded a sixth round pick to Tampa Bay for safety J.J. Wilcox… Oh, and they also traded Ross Cockrell to the New York Giants for a compensatory pick.

The move to get Wilcox was done for depth plain and simple. Jordan Dangerfield has a bad ankle and Rob Golden just isn’t consistent enough at getting the job done. Wilcox is a big hitter but he also misses a lot of tackles. Based on what I’ve seen, I’m not real crazy about his ability to cover either.

Do you realize that Mike Mitchell hasn’t practiced in six weeks? How in the world can any of us expect him to play well on opening day should he actually be given the go ahead?

Getting ready for the season opener at the #CFAKickoff with my "VFL Care Package" thanks to @UTCoachJones & @Vol_Football.?? pic.twitter.com/Zl7bVGK9m3

I’ve been informed that the Steelers will be wearing black jerseys on Sunday in Cleveland. This is possibly due to the warm weather but the Browns have also set a precedent of wearing white at home in the past.

The moving on from Cockrell is yet another example of why you can’t trust Pro Football Focus to tell you who is good and who isn’t. According to them, he was one of their highest-rated defensive backs. This is what you get from people who “grade” players without even knowing what their responsibility on each play is. When the Steelers could get pressure Cockrell was a fine zone cornerback, but his inability to cover in man was a major flaw and his poor ball skills didn’t help either. The bottom line is that you have to trust your own eyes to evaluate players.

I would not be a bit surprised to see the Steelers add more pieces over the next day or two. Defensive line depth or linebacker depth could be a target. 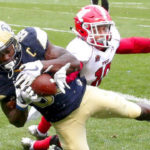 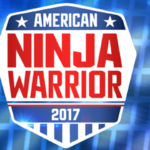