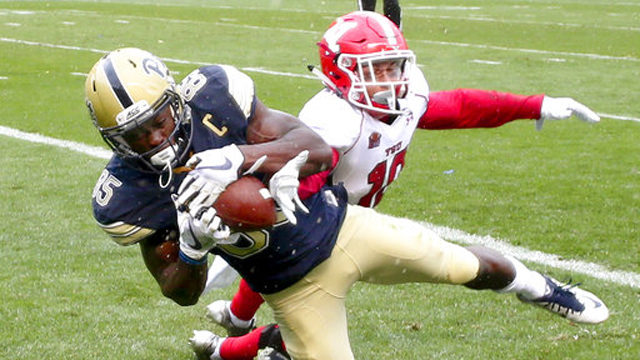 In front of a sparse crowd at Heinz Field, Pitt opened their football season with a win over Youngstown State. The Penguins are a solid FCS program that reached the FCS Championship Game last season. Additionally, there was some history between the two teams after Youngstown State beat Pitt at Heinz Field in 2012. Youngstown State is coached by former Nebraska head coach Bo Pellini. While many Pitt fans were looking forward to next week’s rematch with rival Penn State, there was still a slight sense of apprehension about the opener with YSU.

Pitt started the game in dominating fashion. Their first 3 drives were 11 plays, 11 plays, and 16 plays. All three drives culminated in touchdowns as Youngstown State was unable to stop Pitt’s ground attack. Qadree Ollison scored twice for the Panthers and AJ Davis tacked on the third. Pitt went into halftime with a 21-0 lead that felt secure as Youngstown State hadn’t mustered much offensively.

The second half was a complete reversal of script. Last season, Pitt’s secondary was the liability of their defense. With star safety Jordan Whitehead suspended for the first three games, the secondary is still vulnerable. Youngstown State took advantage in the second half as QB Hunter Wells picked apart Pitt’s defense. Pitt still held a 21-7 lead at the end of the third quarter, but missed a 28-yard field goal to start the fourth.

From there, it was all Youngstown State. The Penguins drove 80 yards down the field, capped off by a 25-yard touchdown pass to RB Christian Turner. Pitt QB Max Browne, a transfer from USC, didn’t push the ball down the field much but also didn’t throw any picks. Unfortunately, his worst play of the day came when Pitt was clinging to a 7-point lead. Browne was strip-sacked and Youngstown State recovered. It took just 2 plays for the Penguins to find paydirt on another RB wheel route to Turner.

Pitt drove back down the field in the final 3 minutes but kicker Alex Kessman missed another 28-yard field goal to send the game to overtime. Pitt got the ball first in the extra frame, and Browne hit star receiver Jester Weah in the end zone for the opening score. It was Weah’s only reception of the game and came at the biggest moment. Pitt’s finally defense stepped up and made a play on Youngstown State’s possession. On first down at the 13, Wells overthrew his receiver and former Central Catholic star Bricen Garner came down with the interception to seal the win for the Panthers.

All attention now turns to archrival Penn State. Pitt won a thrilling 42-39 game last season at Heinz Field. The Panthers have won the last two games in the rivalry which spans a 16-year gap from 2000 to 2016. Penn State torched Akron yesterday with Heisman candidate Saquon Barkley rushing for 172 yards and 2 TDs. Barkley is also a capable receiver and Pitt will have to find a way to cover the RB Wheel Route which Youngstown State used to score twice. Penn State has utilized the play before, particularly in the Big Ten Championship when Barkley beat TJ Watt on a wheel route for a go-ahead score. The trash talk on Twitter figures to be immense this week between the heated rivals, so buckle up for Saturday at 3:30pm in Happy Valley. 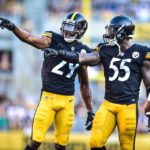 SCB Steelers’ Quick Hitters: The “What a Wild Week” Edition

Why the Pitt-Penn State Rivalry Games are...