Anytime the season ends you have to sift through a lot of comments by both players and coaches. Some are relatively obscure and really don’t provide much insight while others are said by players who aren’t “Stars” yet their comments are more than valid. Both Alejandro Villanueva (who spoke yesterday) and David DeCastro (who spoke after the game Sunday) made statements that should not fall on deaf ears. First, DeCastro’s statement from MMQB.com.

“They were ready to go; they were mad; they were angry; they had something to prove, and they did it. Yeah, it’s embarrassing. It really is, man. It just blows my mind. They beat us 30-9. We played like crap, and we want to talk about New England? I don’t know what to say about that. It’s just stupid. It’s just not what you do. You don’t need to give a team like that more bulletin-board material.”

Clearly, DDC was not a fan of guys talking about New England prior to even advancing to play them and that shot is directed at several people including his head coach. Now for Villy’s comments courtesy the post-gazette.com.

Villanueva was also asked if he liked “the general focus” of the team.

“I enjoy it. I have a very good position coach in [Mike Munchak]. I spend a lot of time listening to him and making sure that I’m ready to play every single game,” he said. “I like the culture. I like the Rooneys. Obviously, I love the head coach. I have a lot of respect for coach Tomlin, the way he goes about his business and what a great person he is, and what a great leader.

“But there’s a lot of things and players involved, players inclusive, that we have to change to take our game to the next level — to be the dominant team that doesn’t lose a game at home in the playoffs.”

Villanueva has been a leader of men in situations far more important than football so when he talks, I’m listening. It is very clear to me that both of these men have seen and experienced things this season that need to change.

Tweet of the Day… AB hits the nail on the head. About the team’s loss AND the fact the Pirates traded their star player.

I must say I’m very surprised at the amount of talking Ben Roethlisberger has done about his return and for possibly more than one year. This tells me Todd Haley is gone. I can’t see these two staying together any longer. Quarterbacks’ Coach Randy Fichtner deserves the job. He could keep the terminology which is often the most difficult part of changing coordinators.

Cam Heyward deserved better for his monstrous effort all season. He doesn’t need me to tell him that he was completely MIA on Sunday. Very unfortunate.

My “favorite” question this time of year is “Who are you rooting for now?” Who am I ROOTING for???? Nobody! That’s who I’m rooting for. Sheesh. 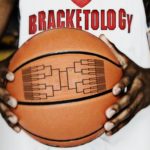 This team was not prepared nor were they ready at kickoff. The series of plays that we used to begin the game were child-like at best. And on defense stack the line and make Bortles beat you. No way do any players need 2 years to learn how to play defense then we play a deep shell and tackle the catch. This one is squarely on the coaching staff, they were clearly out of there league. AND GOT OUT-COACHED AGAIN.