Steelers’ Linebacker Ryan Shazier made his first public comments since being seriously injured against the Bengals during the 2017 season. He spoke on Roosevelt Nix’s podcast this week where he declared he is fully intent on playing again. “I’ve gotta get back bro,” he told Nix.  Shazier also added “I really feel I’m the best linebacker ever,” Shazier said. “I just have to be back out there so everybody can see it. You know what I’m saying?” Personally, I’m a major believer in letting people choose their own course in life. If Shazier believes he will play again then I’m in no position to tell him otherwise. Having been around the game my entire life as a player, coach and general enthusiast I really hope he decides to follow the advice of his medical team. I don’t know what that advice is yet but Shazier needs to consider his life after football. I would hate for him and his family to have to go through this again. End of the day though it’s his call and I’ll support him.

A report out of Miami last night suggested the Dolphins have contacted the Steelers about Martavis Bryant.  A later report threw out the name Devante Parker as possible trade bait. Let’s focus on Bryant. He’s entering the final year of his contract and he’s one more mistake from being suspended for another season. I do not believe the Steelers will re-sign him after the 2018 season so if a team offers a deal too good to be true, it is very possible they do trade him. I would take nothing less than a third round pick for him I can tell you that.

Tweet of the Day… Often forgotten from the end of the season is that Eli Rogers suffered a severe knee injury. This is good news here.

Off the crutches ???? All Paises Due to the Almighty!!

The Steel City Blitz Podcast presented by 26shirts.com/Pittsburgh will record tonight. Topics will include Le’Veon Bell, Martavis Bryant and much more.

I’m telling you right now if you are filling out brackets for the NCAA Tournament you need to be reading Ian’s stuff on it. He’s as knowledgeable as anyone I’ve ever met on breaking down these teams.

I’m officially starting the “Tag Clock.” We are now “Bell plus One.” 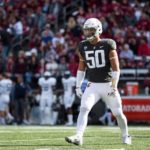