Good Wednesday to You Steelers’ Fans.

It has been a “few” years since I saw my early 20’s but I have to admit I don’t recall having nearly the energy that Steelers’ Wide Receiver JuJu Smith-Schuster has. The young man is truly incredible and I’d be lying if I said I wasn’t concerned about the pace under which he lives. Whether attending a prom with a local teen, ‘Instagramming’ his every movement or hanging out at Kennywood, this guy is a ball of endless energy. Of course not everyone is on board with his lifestyle, most notably the Pittsburgh Sportstalk guy who wears horrible shirts and clearly enjoys baiting fans. His incessant antagonizing of JuJu has gotten old yet he continues to do it. Give him credit though; he knows how draw attention to himself. As they say, even bad publicity is still publicity. The real risk for JuJu of course will come when the second contract comes due. Many think he’s headed down that same, dangerous road that claimed Antonio Brown and for all we know maybe that’s the case. But as I’ve said before, there appears to be something unique about Smith-Schuster. He never strikes me with a look that says “I’m doing this because it looks good to the masses.” Rather, he always looks to me like he is thoroughly enjoying himself regardless of what he’s doing. I hope the pace he has remains because he’s lifted a lot of people’s spirits in the process.

Interesting developments in Cleveland where Duke Johnson has apparently asked for a trade. With Nick Chubb and Kareem Hunt (after his suspension ends) taking over he feels he won’t see the field much. In fairness to Johnson, I never thought he was utilized enough by the Browns. He always struck me as a guy who got better in a game the more he was involved. I’m curious to see what they do with him.

Tweet of the Day… I’m sure on this special day, Mr. Kraft will get a hand or two. Applause I mean… Applause!

Former Post-Gazette and current Athletic Steelers’ Beat Man Ed Bouchette commented on Artie Burns’ coming roster bonus yesterday and how it may affect whether the Steelers keep him. We don’t beat our chest often here at SCB but here’s one chance we aren’t passing up because we discussed this some time ago.

A little over two months ago, we asked this question. Now with Justin Layne in the fold, it would seem that Artie's fate may very well be sealed. $1.75M is a lot for a player who does not have a defined role in the team's future.#Steelers https://t.co/GYVkCZTcHc

There’s no question the Steelers would like to rid themselves of Burns and the $1.75 million before his bonus hits this summer.

I’ve seen some talk about Sean Davis hiring a new agent and taking a different approach this season compared to the previous ones. While those things may in fact add up to a better season, there’s no guarantee. The Steelers need splash plays from Davis from his safety position. If this doesn’t improve he’s likely done in Pittsburgh.

And then there’s the other safety Terrell Edmunds. I really struggle to understand why fans are calling him a bust. He played in every game last season which at one time was a major “no way in hell” for rookies on the Steelers’ D. Did he make mistakes? Yup. Did he make enough splash plays? Nope. But let’s not forget Troy Polamalu didn’t see nearly the time in his rookie season that Edmunds did. Once 2019 is in the books then I’ll comment more on Edmunds. 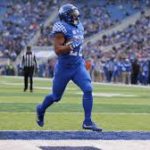