Ya I know… An “Old McDonald joke??” Well if I’m not mistaken it was “MacDonald” in the nursery rhyme but I digress. Let’s find some perspective in this trade. First of all, the fourth round pick was likely going to be a late round selection. The Niners’ fifth round pick is likely to be early so we are talking perhaps a difference of 6-10 spots. In other words, the trading of picks is a wash.

You’ve heard and read that newly acquired tight end Vance McDonald drops a lot of passes. There’s no question he’s had some issues but is that any different than what the current right ends offer? McDonald offers way more athleticism and is a big play threat which is something this team needs from the position.

Let’s be clear; McDonald should not be confused with the second coming of Heath Miller. Any comparisons should be left unsaid. They are different types of tight ends first of all so let’s just let McDonald learn the playbook first huh?

Thank you @BuiltByCBC Continental Building Co. for selecting Best of the Batch Foundation for your Day of Caring. We can't thank you enough pic.twitter.com/u89lFbUv1N

You won’t find me “celebrating” the return of Le’Veon Bell Friday. I understand why he has held out but returning to work shouldn’t be celebrated, it should be expected.

I think all Steelers’ fans should pay close attention to how the Ezekiel Elliott issue plays out. If you recall, Ben Roethlisberger was originally suspended six games which was eventually reduced to four. I’m curious to see how the NFL handles this based on the evidence in this case versus that of Roethlisberger.

You’ll notice today’s feature image that there’s an image of Sean Davis. I think there’s a really good chance Davis is a Pro Bowler in 2017. He just quietly does his job and gets better at it every game.

Special Episode of the Steel City Blitz Podcast presented by 26shirts.com/Pittsburgh tonight at 10pmET. Ian will be joining me to cover the WPIAL! 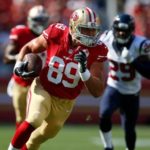 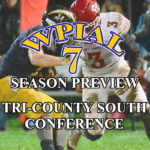