There are probably several ways to read into the fact that several players pillaged the locker of former Steeler Le’Veon Bell yesterday. After all, it seems pretty clear he isn’t coming back for anything so why not grab his leftovers right? Some viewed this as “inappropriate” or “immature” but I don’t see a lot of harm in it. If Bell can afford to give up $14.5 million then it only makes sense to assume he doesn’t care about some Jordan Brand cleats or a suit. If he really wanted or needed his belongings that bad he would have sent for them at the very least. There’s little to be concerned about with this situation. Carry on folks.

If you’re looking for unique Steelers gifts this holiday season then I strongly recommend visiting the folks at foco.com. They were kind enough to send me the items in the photo and they are very cool and well made! Visit them on Instagram and twitter @focousa and be sure to visit the site. Really good people to work with too! Here’s a couple of the new bobbleheads they feature among 90 other Steelers’ items. 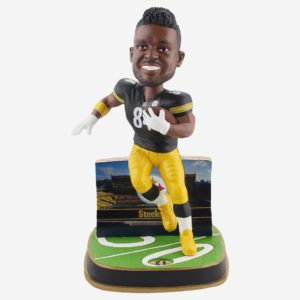 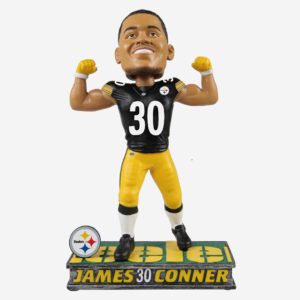 Tweet of the Day… I agree with this. Very important decisions to be made in Baltimore.

For the record, Conner practiced fully yesterday and should be officially out of concussion protocol soon.

I have no idea how Bucky Brooks maintains his job at NFL Network. His knowledge of the Le’Veon Bell situation couldn’t be more inaccurate. He relies on his opinion rather than the facts and that’s not good.

This game coming up is really a tale of two teams going in opposite directions and that scares the crap out of me. Jacksonville is basically in a situation where they must win. At 3-6, they are looking up at the rest of the AFC South. They are 0-3 against their division rivals and they’re 2-4 in AFC. The Steelers must understand that they are facing a team that has to win to even retain hopes of making the postseason. Teams like the Jags are desperate and willing to do whatever it takes. But they can also make mistakes and press when their backs are against the wall. Hopefully the Steelers are able to advantage.

Stealing is stealing regardless of how much a man makes. If even one person had any class on that team they would have boxed HIS stuff up and took it to him or at least called him and told him they have it and ask him what they should do with it.