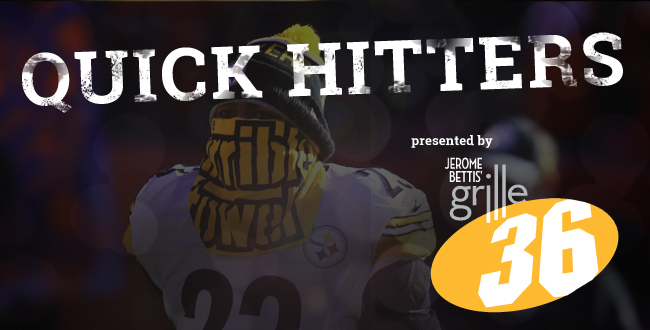 I’ve been around long enough to know that it’s a far different sports’ environment than it used to be. I’ve accepted that but it doesn’t exactly thrill me either. Two such examples are Mike Mitchell and Le’Veon Bell. In Mitchell’s case, he was quoted in Sports Illustrated talking about a potential matchup with New England. First of all, the Steelers play Jacksonville this week last I checked. Secondly, the last time a Steelers’ free safety smacked the Pats he was getting torched by Tom Brady. In the case of Bell, he was responding to a question from ESPN’s Jeremy Fowler who was clearly looking for a juicy story when he asked Bell about next year. Rather than just say, “I’ll discuss that at another time.” Bell decided it was time to declare his ultimatum that if he’s tagged again he may sit the entire season or retire. Give me a freaking break. These two, among others, just need to shut up. Focus on the team you’re playing, which smacked you in your own building already this season, and quit talking about everything but… The narratives on Sunday night are already writing themselves.

Both Artie Burns and Stephon Tuitt are expected to play Sunday. Burns stated that he “hyper-extended” his knee but is fine. The bigger concern might be Javon Hargrave who did not practice yesterday with a bad back. While I have faith in Tyson Alualu, that would significantly harm our depth. The Steelers need Hargrave desperately against the top running team in the league.

Tweet of the Day… To his credit, Bell later tweeted this which was the right message all along in my opinion.

I’m trying to win a super bowl…I can care less about what happens after this season…my biggest thing I’m focused on is this team I’m on right now, playing for/with my brothers, & bringing back a 7th ring! what happens next year is irrelevant to my goals

We published our “Blitzies” last night. This is our annual awards for the Steelers. Apparently I’m “out of my mind” or “on weed” to have selected Danny Smith as my “Assistant Coach of the Year.” If he were fired today I wouldn’t care; I’m not a big fan of his. The Steelers’ special teams’ units have not been nearly as good as I believe they should be and I blame him for that. Why did I choose him then? Because I believe that unit has done far more positive than negative this year. We saw a kickoff return for touchdown, a handful of blocked kicks and only one turnover. The penalties are an issue for sure, but I thought what Smith did deserved some recognition…. But I’m still OK if he’s replaced.

Ian did an excellent job of detailing the earlier matchup between the Steelers and Jaguars. Give it a read here.

Look for the ‘Three-Point Stance,” our game preview coming out tonight. Also, we’ll be doing our “Playoff Preview” Podcast tonight as well!

Have a great weekend Steeler Nation!! 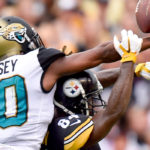