Good Thursday to you Steelers’ Fans and happy Gameday!!!

It’s only been seven months… seven, long months, since we last saw our Black and Gold on the field. That ends tonight when the Steelers take on the Eagles in Philly. Here’s what I’m looking for tonight.

-Mason Rudolph in the pocket. One of the things that concerned me about Rudolph was that he was often slow to react to pass rushers. He would see them, but the elusiveness wasn’t there. Philly will come with that ‘wide 9’ front tonight and I’m curious to see how Rudolph hangs in there.

-The tackling. While the amount of time in practice spent on tackling has dwindled due to the CBA, I still want to see just where this defense is. They’ve harped on it all Camp long so I expect it to be better.

-The offensive line depth. I really believe one of the stories that will emerge is that behind the starting five and B.J. Finney there is little to write home about. We need to see Matt Feiler and rookie Chuks Okorafor show some positive progression along with some others.

Apparently Rocky Bleier is going to Vietnam — for the first time since the war — to do a piece and Tom Rinaldi is producing it.
Talk about must watch. Wow.

Ed Bouchette of the post-gazette claims the Steelers need to add a veteran offensive tackle. He is 100% correct with one caveat. If Okorafor proves to be a gamer then maybe you relax a bit but even then I still think they need a veteran reserve who can step in and start when needed. I have no doubt the Steelers are looking hard across the league at teams that could jettison these types of players.

My final statement on this… Do not get caught up with winning and losing tonight. This is about player evaluation. Whether the Steelers win 20-3 or lose 20-3 does not matter.

Ian has started his WPIAL Previews for you Western PA high school football fans! It’s the best analysis of it and I’m not just saying that!

For guys like Quadree Henderson, who will be returning punts and kicks tonight, this game isn’t just a preseason game. It’s the opportunity to not only show Steelers’ coaches but coaches across the league what he can do. This is about survival for guys like Henderson.

Don’t forget to pay special attention to the new kickoff rules tonight. No running starts and five guys to a side for the kicking team and the receiving team must have eight players in a 10-yard zone with only three guys deep. Should make for some interesting returns. 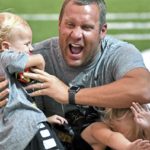 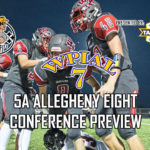