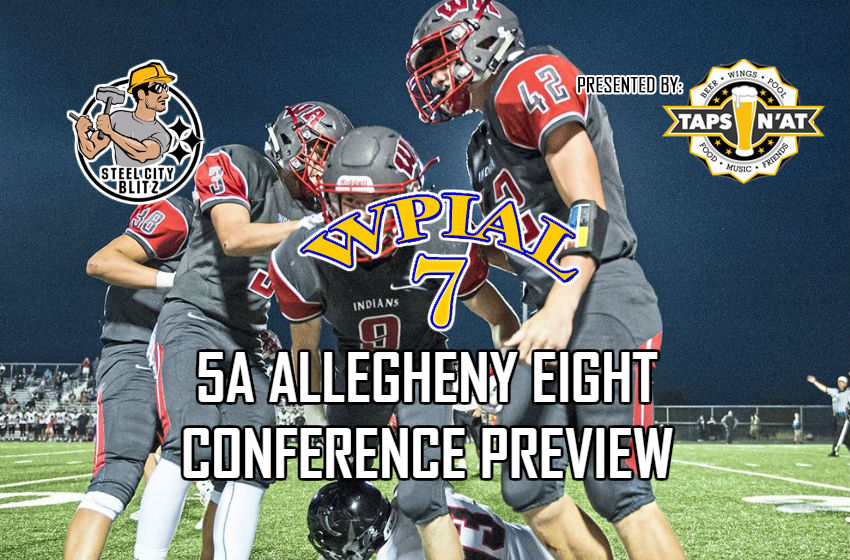 Over the last two years, 5A has produced some of the most exciting playoff games in the entire WPIAL. The realignment cycle added 6 teams to the 5A ranks, which resulted in 3 conferences with 8 teams in each. For this season, 16 teams will make the playoffs. This means the top 5 from each conference will automatically qualify for the postseason along with one sixth place team based on the Wild Card formula. Unfortunately, the downside of the increased number of teams is that the WPIAL 5A Championship will be played at Norwin High School rather than at Heinz Field. The 5A Classification is loaded with good teams that have strong football traditions which should make for a great season.

Injuries devastated the Indians last year, but they clawed their way to a playoff berth and came within a point of beating McKeesport in the first round after topping the Tigers by a single point in the 2016 5A WPIAL Championship. At quarterback, rising junior Kam Kruze (503 yards, 3 TDs) and senior Jamie Diven (194 yards) both saw playing time last year. The Flati brothers, senior Dante (410 yards, 6 TDs) and sophomore Nico (364 yards, 3 TDs) both saw time at running back. Senior TE Mateo Vandemia (418 yards, 6 TDs) was the team’s leading receiver and has a number of FCS offers. This will be the last run for legendary coach Bob Palko, who has won a record 8 WPIAL titles, after he announced he will retire at the end of this season.

The Panthers have made 18 straight playoff appearances and rode a stout defense to the semifinals last year. Leading rusher Colin McLinden returns for his senior year after running for 859 yards and 13 TDs last season. He figures to complemented by Antonio Orsini and James Delulis who saw a handful of carries last season. Second-leading receiver Chris Pentellis (404 yards, 6 TDs) also returns.

The Black Hawks competed in 6A the last two years and fell below the enrollment cutoff line by just 3 students. They have reached the playoffs in 17 straight seasons but have only made it out of the first round once in the last 5 years. Anthony Chiccitt was eased into the starting quarterback role as a sophomore last year and finished the season with 999 yards and 9 TDs. The top returning skill players are fellow junior Jehvonn Lewis (369 rushing yards, 2 TDs) and senior Tiger Burkes (111 rushing yards, 1 TD). Both Lewis and Burkes averaged over 6 yards per carry.

The Wolverines have made 22 consecutive playoff appearances and figure to be right in the thick of a tight 5A race once again this year. After graduating 21 seniors, Woody High will need to find an entirely new starting backfield but have a roster brimming with young talent. Sophomore WR/DB Davion Rochelle already has two D1 scholarship offers and junior TE Josh Rawlings has attracted the attention of some MAC schools. Their defense figures to be talented with Toledo-commit Michael Coleman roaming the secondary.

The Indians made the playoffs for the first time since 2013 last year and battled Central Catholic to a tough 27-20 defeat in the first round. Unfortunately, 26 seniors graduated from that team and they will need to find new talent to step in, particularly at quarterback. Sophomore Logan Pfeuffer may have the inside track to the job. Rising sophomore Ryan Magiske ran for 4.2 yards per carry and 9 TDs last year while junior Adrian Williams ran for 6.9 per carry and scored 4 times. On the outside, junior Josh Casilli was the leading receiver with 236 yards and 8 TDs. Peters Twp has some young talent but this may be a bit of a rebuilding year as these players gain experience.

The Tigers have only made the playoffs twice in the last 11 years but came just a game shy last year. They ended 2017 with two straight wins, including a victory over rival West Allegheny in the season finale. Leading rusher Brady Sunday (335 rushing yards, 155 receiving yards, 8 TDs) returns for his senior season. Moon was a heavy passing offense last year but will need to find a new attack after their quarterback and top receivers graduated. Junior Ramone Dean (153 yards, 3 TDs) is the top returning receiver. Fellow juniors Zac Jadlocki and Jamal Littlejohn will be part of the backfield rotation after each seeing a handful of carries last season.

The biggest story to come out of Baldwin this offseason was the school district eliminating the athletic director position. It is hard to say if that will have any trickle-down impacts on the football team, but it certainly can’t help. The Highlanders went 1-8 last year and have made the playoffs just once in the last 8 years. A number of young players saw significant playing time last season, led by a pair of rising juniors in QB Mason Stahl (584 passing yards, 5 TDs, 264 rushing yards, 2 TDs) and RB Angelo Priore (759 yards, 7 TDs). Senior receiver Andrejs Howell led the team with 227 yards and 4 TDs last season.

The Colts lost their first 6 games last season but split their last 4 with wins over Moon and Baldwin. Most of their primary offensive playmakers graduated. The top returning skill position player is Connor Barrett who ran for 296 yards and added 252 receiving yards and scored 6 times. Chartiers Valley has made the playoffs only once in the last six years and face an uphill challenge this season. 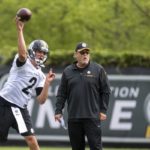 Steelers Preseason Week 1: What to Watch For